A few weeks ago I wrote about restoring a Pre-Republic Peterson Shamrock Canadian; I acquired this Shape 120 Dublin at the same time.

This Shamrock was in about the same shape as its brother had been before I worked on it – dirty, with a heavily oxidized P-lip stem and a thick crust of lava covering the entire rim. The stem, showing a fair amount of tooth chatter and a few dents on and around the P-lip, was also stuck in the shank mortise with a quarter inch gap between the stem and shank faces. 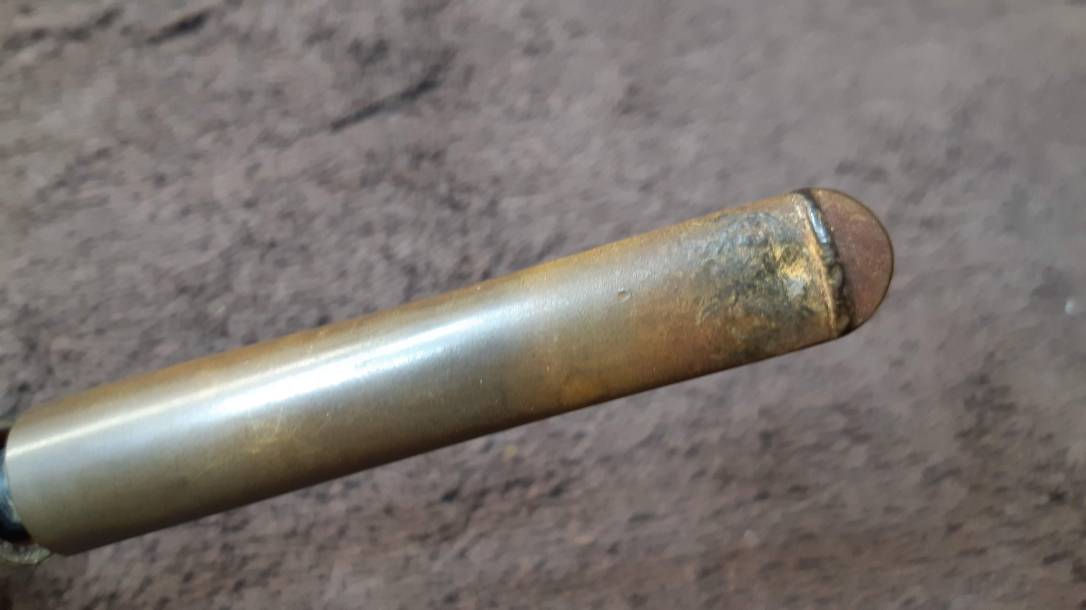 The pipe is stamped “SHAMROCK” on the left shank. The right shank carries a circular “MADE IN IRELAND” stamp and a shape number, “120”. The nickel band is stamped with a large Shamrock over the faux hallmarks of Shamrock, Wolfhound and Tower. 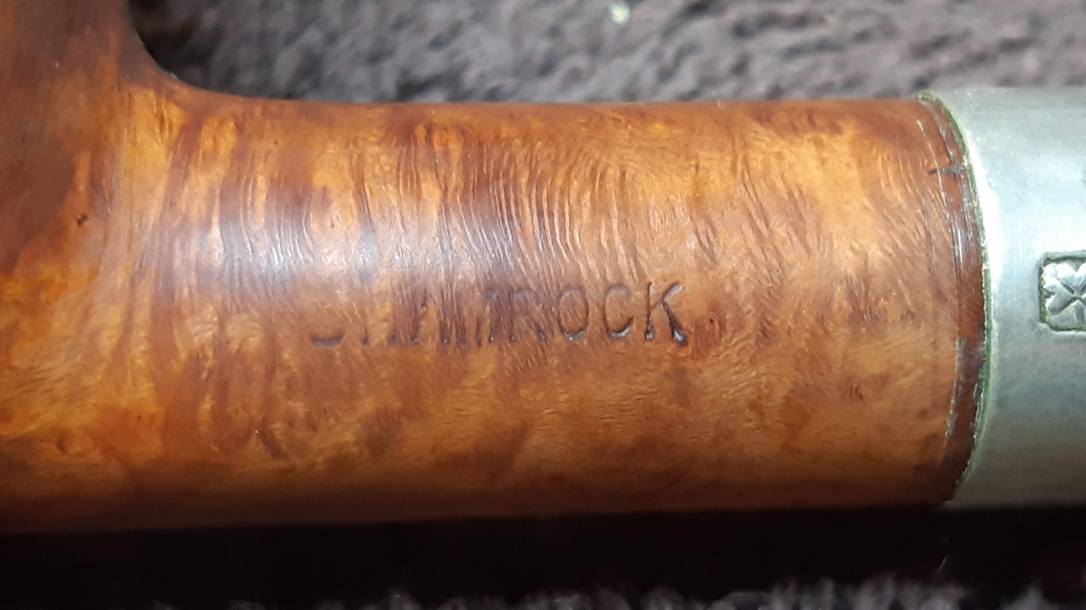 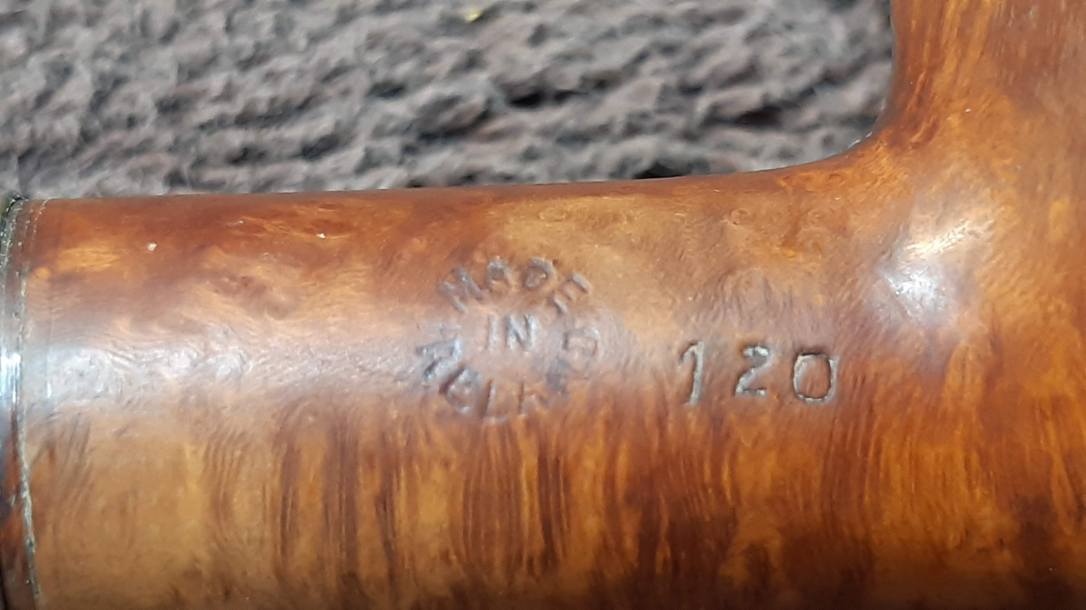 An interesting post by Peterson guru Mark Irwin on his blog, Peterson Pipe Notes, provides a history of Dublin shapes by Peterson over the years. The 120 straight Dublin has been in constant production since 1906 – a testament to the shape’s timeless appeal if ever there was one.

Now that I knew as much about the pipe as I could, I set to work cleaning it up. After a bit of effort, I managed to twist the stem out of the shank and the nickel band came with it. This pic shows the residue of the white glue used to attached the band to the shank.

I dropped the stem into an Oxyclean bath to loosen up the oxidation and whatever else may be lurking on and in the bit. While it soaked I reamed a lot of old cake out of the tobacco chamber. As with the previous Shamrock I worked on, the cake had done a stellar job protecting the chamber walls from damage – quite a feat for a pipe pushing 80 years old!

Reaming the bowl often loosens up the lava stuck to the inner rim. I used the flat of my knife blade and some 0000 steel wool to encourage the rest of the crusty mess to take its leave. I also used the steel wool to clean off the glue residue from the shank without damaging the briar underneath.

My pics of the internal cleaning have gone AWOL, but I used my standard combination of pipe cleaners, cotton swabs and isopropyl alcohol to clean decades of old tars from the stummel. I wiped the exterior with more alcohol on cotton pads to strip the old wax and dirt from the finish.

With the exterior of the stummel clean, I took inventory of a few old fills and dents that would need to be sorted out. A lot of the smaller handling marks and shallow scratches would be erased by a gentle sanding. I scraped the old putty fills out and patched them with CA glue and briar dust. 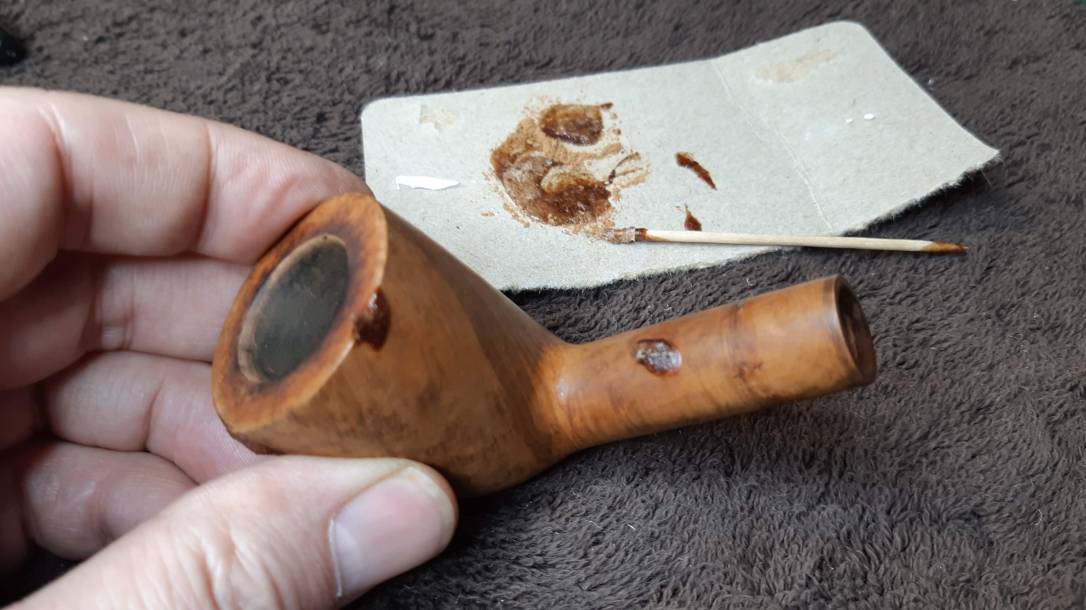 When my patches had cured, I filed and sanded them flush with the surrounding briar and gave the entire pipe a once-over with a succession of dry and wet sandpapers to 2000 grit, being careful not to damage the stamps. A touch of CA glue reattached the shank band. 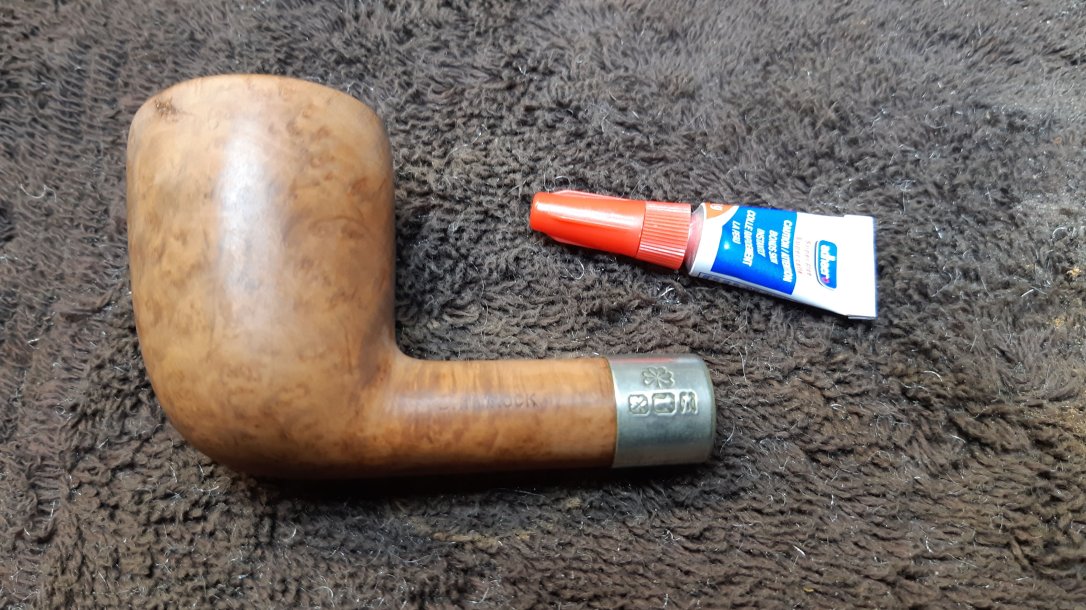 I finished the refurbishment of the stummel by applying a fresh coat of Fiebing’s Dark Brown leather dye to refresh the finish. I let the dye dry before buffing away the excess with a scrap of toweling. A light wipe with mineral oil enlivened the briar and gave the new finish depth.

I set the stummel aside for a rest and rescued the stem from its Oxyclean bath. The now soft oxidation came away easily with a bit of elbow grease and 0000 steel wool and Magic Eraser. With the exterior cleaned up I could evaluate the extent of the tooth damage. 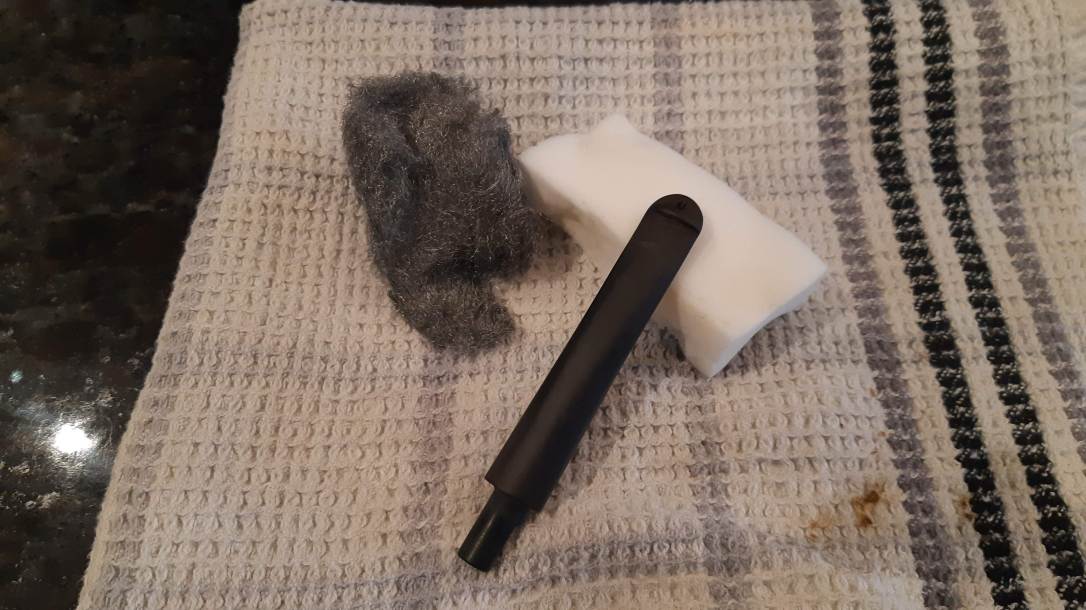 As you can see from the pics above, the button needed some work. The upper side wasn’t too bad, but the lower button was rather mangled and sported a significant tooth dent. After roughing up the surface with 220 grit sandpaper, I drop-filled the damages with a mixture of CA glue and charcoal powder and let it cure.

I forgot to take pictures of the rest of the stem work, but it proceeded uneventfully. I filed down the cured patches and sanded the stem with successively finer grades of abrasive from 220 to 2000 grits. At that point I reunited stem and stummel and went to the buffer to erase the final sanding marks and bring up the shine with a run of White Diamond compound. A few coats of Carnauba wax polished and protected the newly restored finish.

As I’ve previously noted, Shamrock is Peterson’s seconds brand, but looking at this reborn 120 Dublin, I’m wondering if perhaps the graders at the factory were possibly a bit harsh with this stummel. There are only two or three small, nearly invisible fills in the briar, which tend to get lost in the the rather attractive mixed flame and birdseye grain. The bright nickel band and glossy black P-lip stem complete the picture of a classic Peterson Dublin.

Thanks for following along with me on yet another estate restoration. I’m really pleased with the way this project tuned out. After all the work pout into reviving this 1940’s pipe, I think I’ll add it to my own rack and growing collection of Peterson pipes. 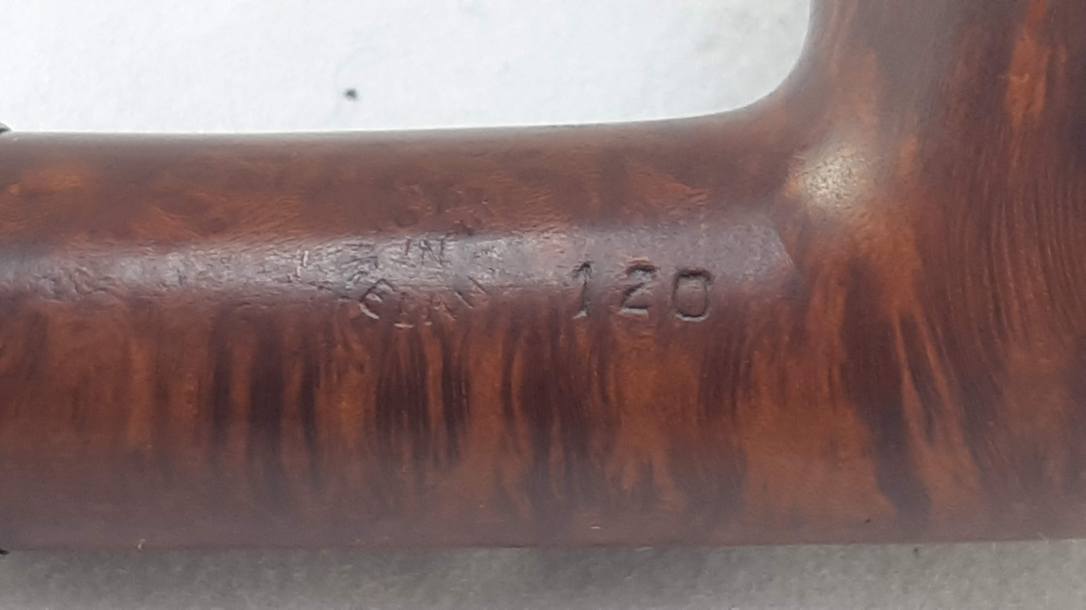