I acquired this Bent Prince from the same vendor that sold me the Brigham Saddle Bulldog I wrote up back in July.  They share the same honey-gold stain that really shows off the grain in this old briar.

As this series of pics illustrates, the pipe was in overall good shape when I brought it to the worktable. The stem was heavily oxidized but showed very little tooth chatter. The finish on the briar looked to be in good condition as well, though it obviously needed a good cleaning. 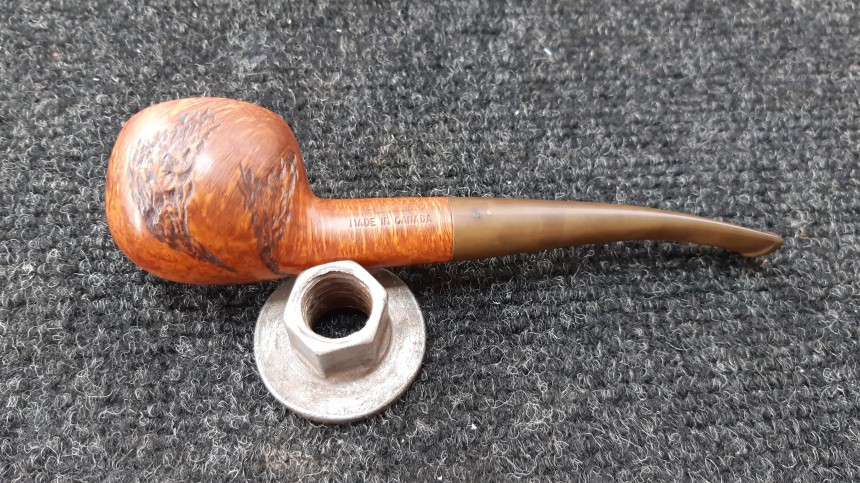 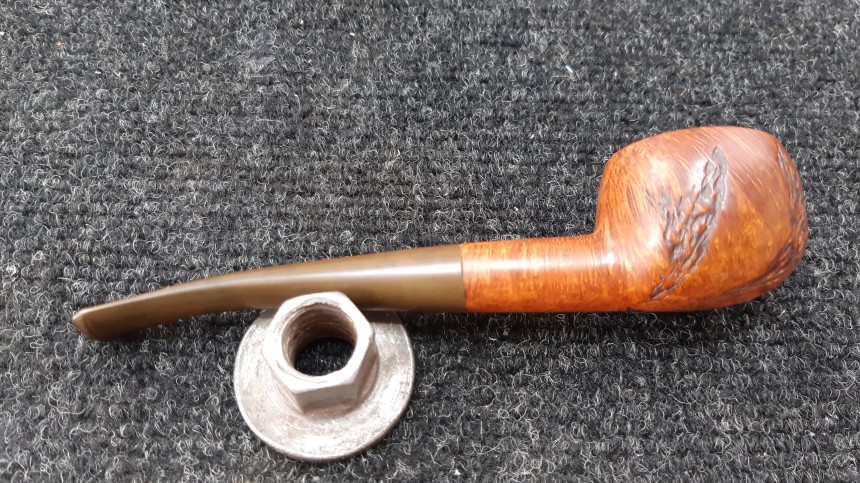 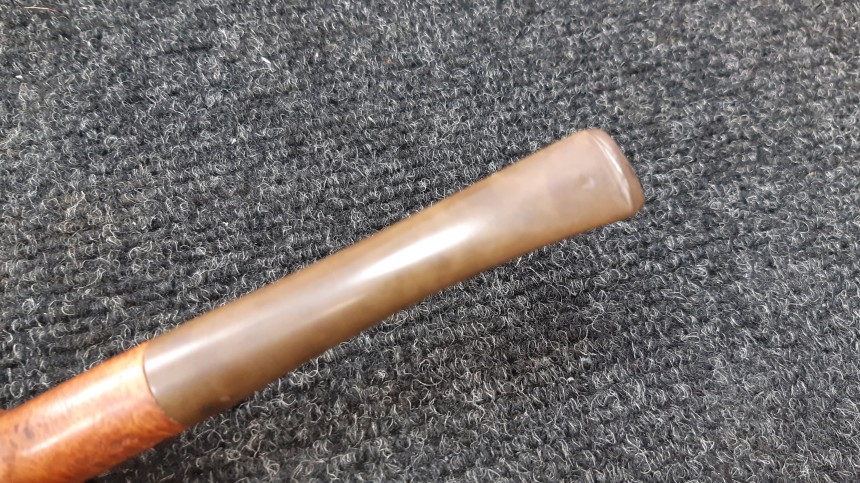 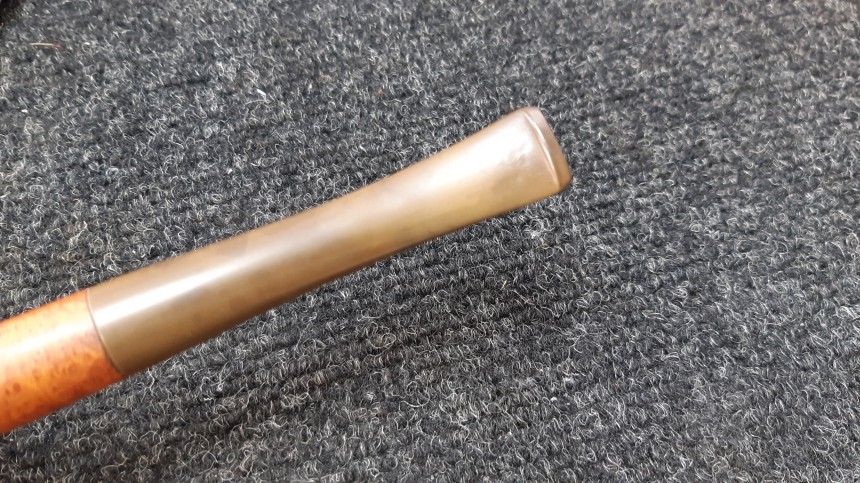 The pipe is stamped on the left shank with “Brigham” over “MADE IN CANADA”. The left flank of the stem is inset with two brass Dots, and the underside of the shank is stamped “213”, indicating a Brigham Select grade pipe in Shape 13, which for Brigham is a Prince shape. The style of COM stamp indicates a 1960’s manufacture date.

The rim on this pipe strikes me as a bit odd – I suspect it was topped at some point in its past. I can’t tell for sure by just looking at the stummel, but the front edge of the rim appears slightly lower than the rear edge, at least to my eye. The topping theory may also explain the lack of tiny rim dents a pipe almost always develops through use.

To get the ball rolling on this restoration, I dropped the stem into an Oxyclean bath for a soak. The Oxyclean works to soften and raise the oxidation to make removal easier. 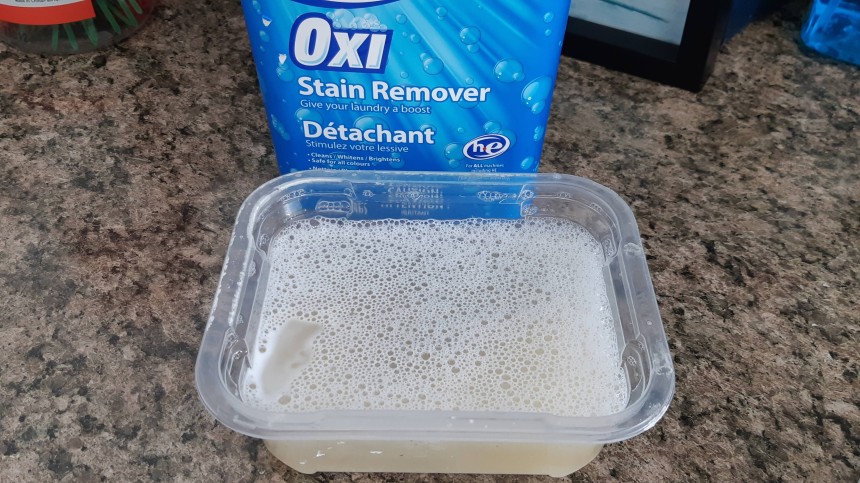 While the stem soaked, I worked on the stummel, first by topping the bowl very gently on some 1000-grit wet-dry sandpaper. This removed a light film of tobacco residue from the rim without removing any briar. 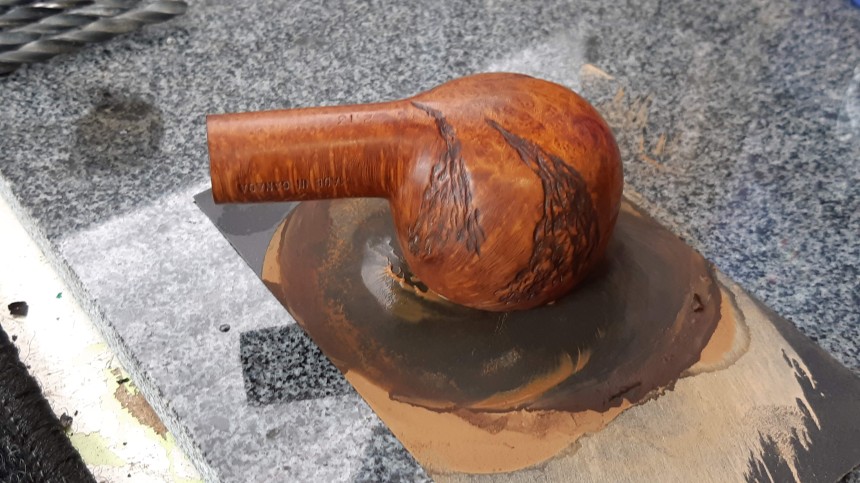 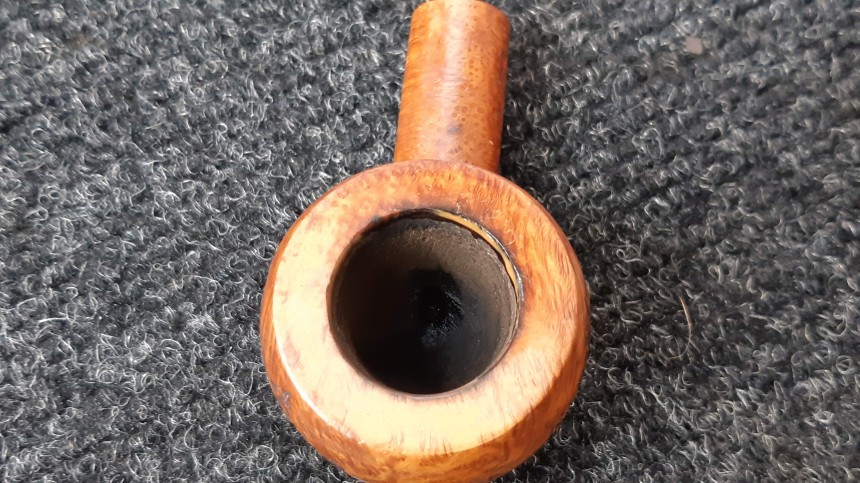 I then cleaned the internals with cotton swabs dipped in alcohol. The mortise and airway were very clean. The grey stuff on the cotton swabs pictured below is mainly oxidized aluminum from the Brigham System tenon/filter holder.

I touched up the stain on the rim with my lightest stain pen. The colour match was excellent.

I finished off the work on the stummel by first wiping away a layer of surface grime with alcohol on a cotton pad, followed by a full course of micromesh sanding pads from 2000-12000 grits. This polishing removed many of the small handling marks and brought up the shine considerably.

A wipe of mineral oil refreshed the dry briar and gave the finish renewed depth and pop. As the second pic shows, it also unfortunately highlighted a scorch mark on the front of the bowl. At some point the previous owner smoked this one a bit hot. Whoops! 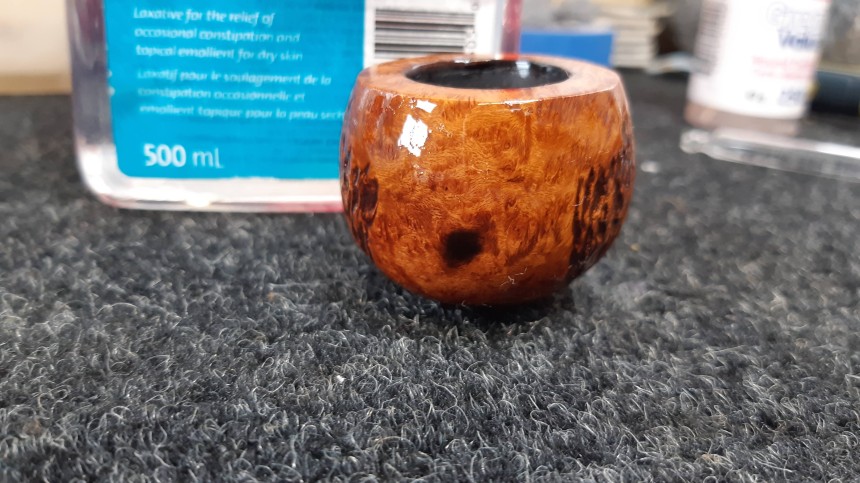 At this point I set the stummel aside and pulled the stem from its bath. I scrubbed away the now soft oxidation with 0000 steel wool and Magic Eraser, then ran a few alcohol-dipped pipe cleaners through the airway to clean out any residue still lurking within. 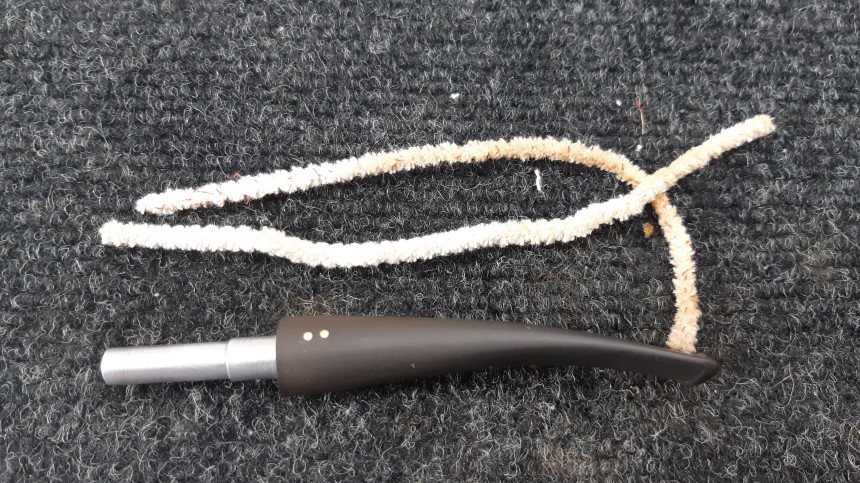 The stem was virtually free of tooth damage. A light sanding smoothed out the Vulcanite. Further sanding and polishing to 2000 grit erased the sanding scratches and brought out the deep black shine I was looking for.

I finished this quick restoration by buffing the entire pipe on the wheel with Red Tripoli followed by White Diamond compound. A few coats of Carnauba wax added both a nice shine and a layer of protection to the restored finish.

This refreshed 1960’s 213 Prince is looking much improved after its time on the bench,  scorch mark notwithstanding. It will take its place in my collection of Brigham pipes.

Thanks for joining me for another estate pipe restoration. This was certainly an easier one, but well worth the bit of effort invested to bring it back to life. 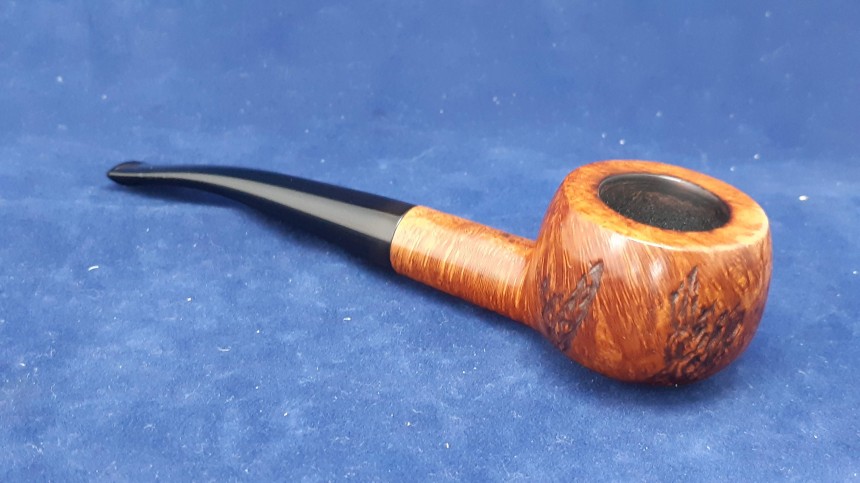 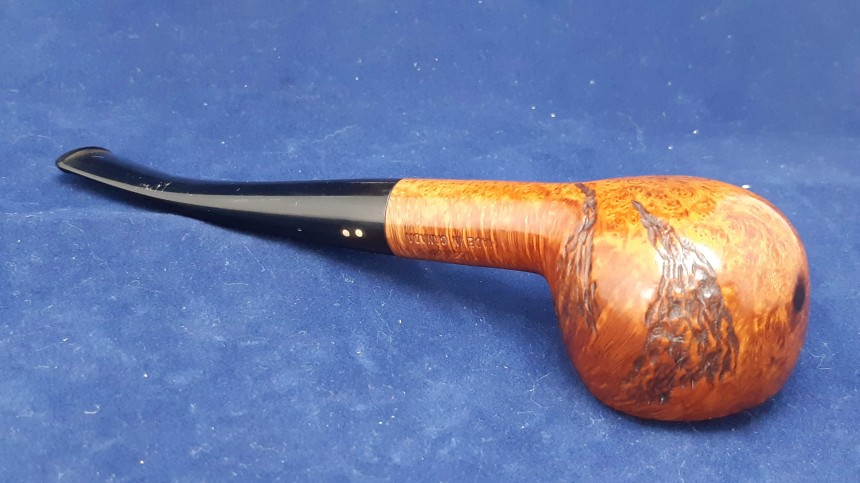