This Peterson pipe has been sitting in my refurb box for a while now. Every now and then I’d pull it out, have a look at it, and for one reason or another, I’d put it back in the box and work on a different pipe. Today I thought it was time this pipe got its due attention on the worktable.

As this series of pics shows, the pipe was looking rather well-used (or unloved, depending on your point of view). The briar was really quite dirty and felt greasy in the hand. There was a good amount of lava wedged into the rusticated rim surface, and the P-lip stem was heavily oxidized and showed tooth chatter on both upper and lower surfaces. The nickel shank cap was tarnished to an unhappy-looking matte grey finish.

Even looking through the layers of dirt, the pipe wasn’t the prettiest Peterson I’ve ever seen. The outer edge of the bowl is irregular, and a section of the shank cap had been dented inwards to match a depression in the briar. All in, I was underwhelmed but curious to see how things developed as I worked on the pipe. 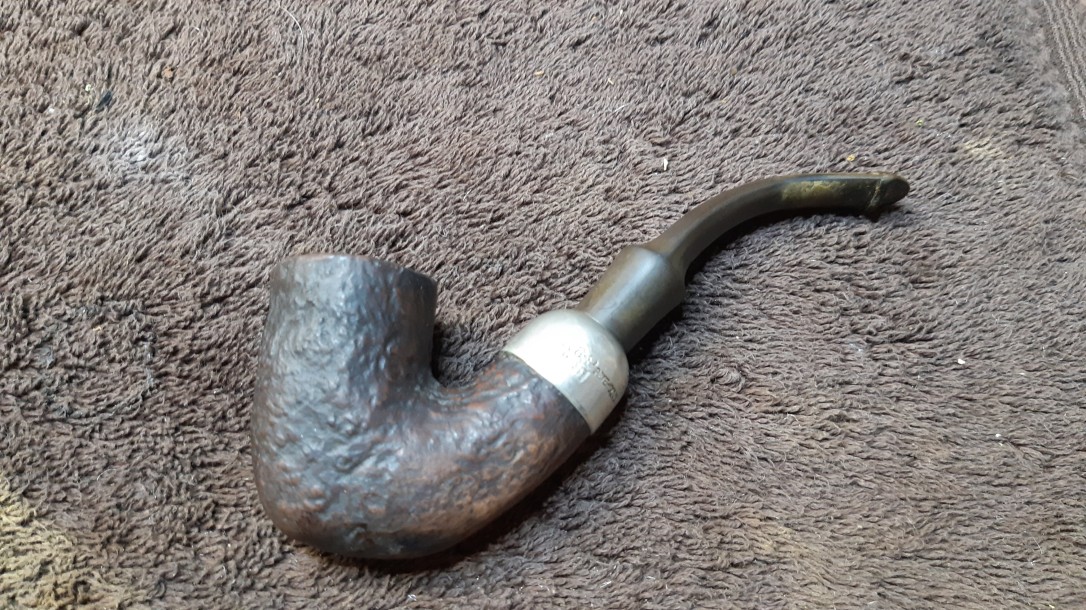 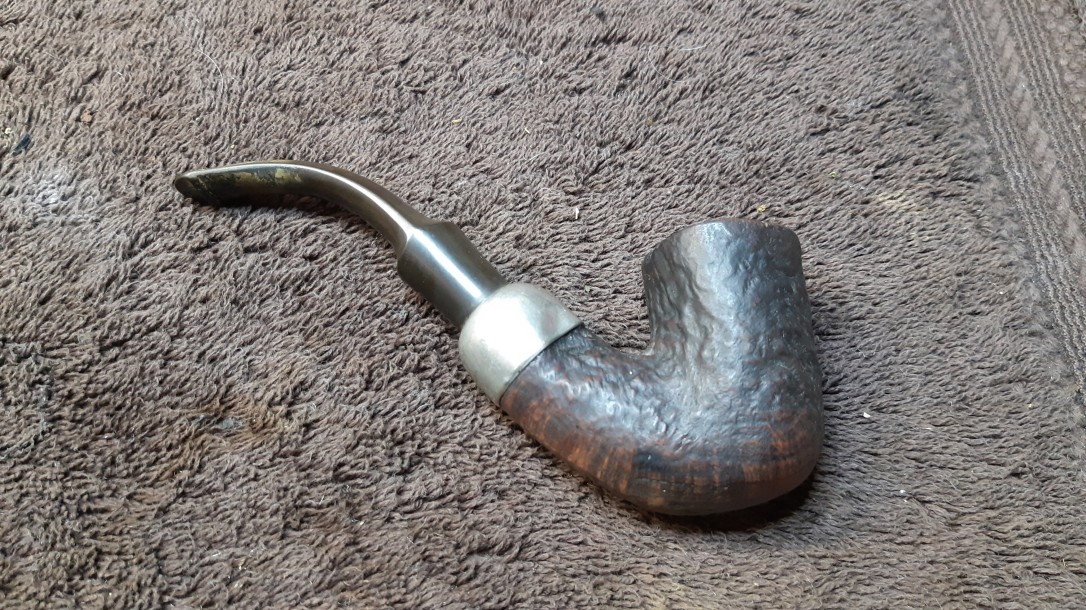 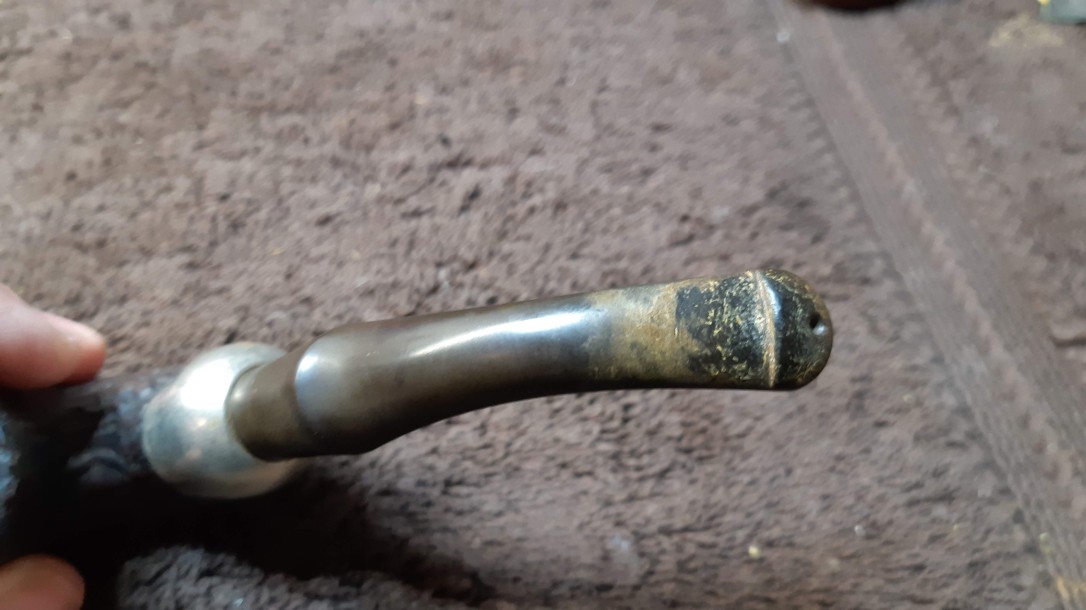 The nickel shank cap is stamped “K&P” over faux hallmarks of Harp, Hound and Tower. The word “Peterson’s” is stamped after the K&P.

The stamps on the briar are very worn but readable under good light and magnification. They read “Peterson’s” over “System” over “Standard”, then “Made In The” over “Republic” over “Of Ireland”, then “309”.

I started the cleanup by popping the stem into a bath of Oxyclean and warm water to soak overnight. The bath would soften the oxidation, making it easier to remove the next day. 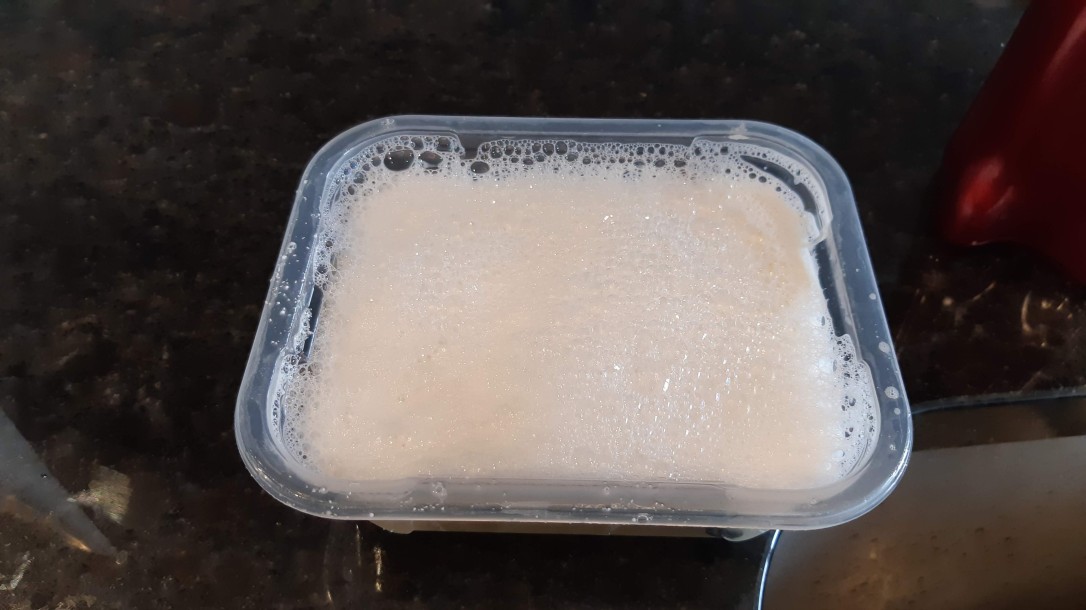 While the stem sat in its bath, I reamed the old cake from the chamber and got my first look at the interior of the tobacco chamber. The briar inside the chamber was in good shape, though the draft hole was somewhat above the chamber floor. I think this is due to errant drilling instead of over-reaming. While not perfect, the geometry wasn’t too bad. I decided to leave it as was for now.

I used a decent pile of pipe cleaners and cotton swabs dipped in alcohol to clean the stummel’s internals. The sump or well in the shank, part of the Peterson System designed to collect moisture, was partially filled with tars that proved difficult to remove, so I set up the stummel with an alcohol treatment and left it to sit overnight. My hope was that the alcohol would loosen up the remaining tars. 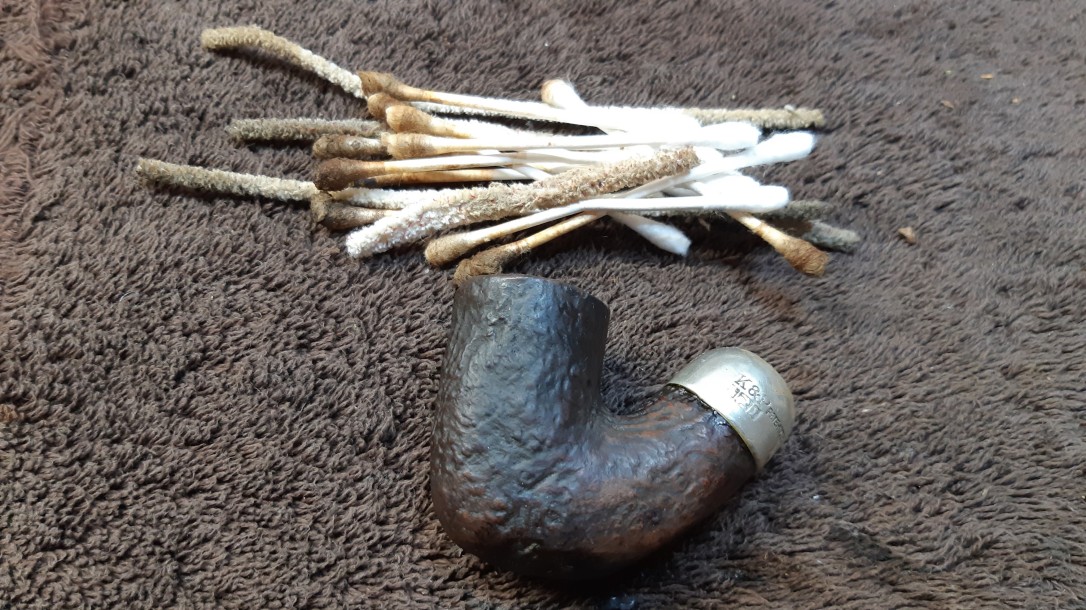 In the morning, the previously white cotton I had put in chamber and shank were discoloured a dirty brown. The alcohol treatment had done its job, but it still took me quite a bit of work with pipe cleaners, cotton swabs, alcohol and a scraper to clear the last of the old muck from the briar.

With the stummel’s internals now actually clean, I addressed the exterior, scrubbing the briar with Murphy’s Oil Soap and a toothbrush. The first time I rinsed the stummel, the water ran nearly black with dirt and soot. Yuck. It took two more applications of Murphy’s Oil Soap to get the briar clean. This pipe must have been a favourite of its last owner to have collected so much dirt and grime. 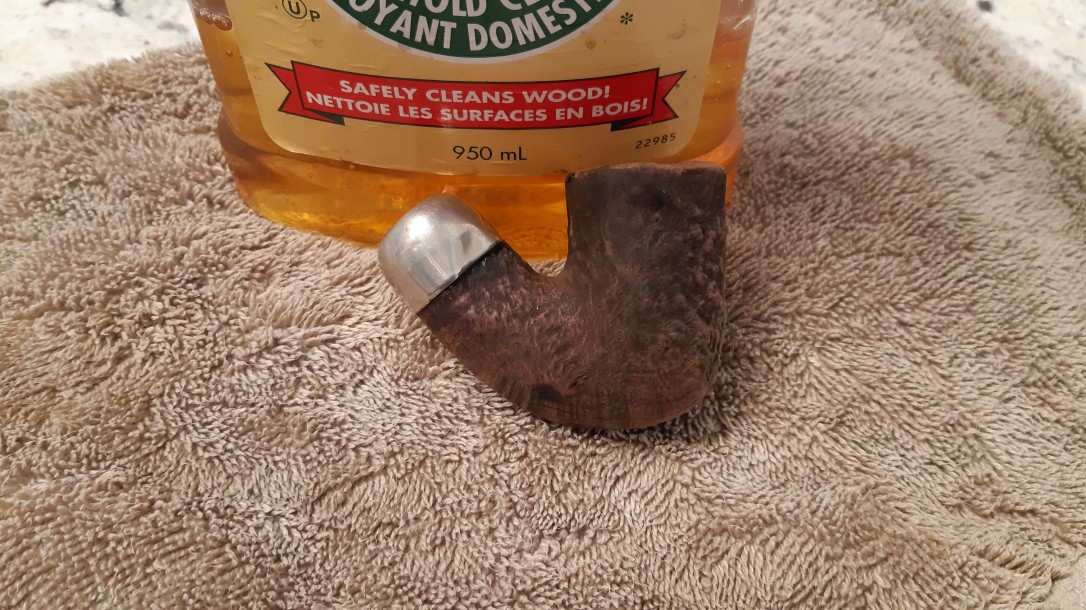 To freshen the finish, I applied a coat of Fiebing’s Black leather dye to the briar. When the dye had dried, I buffed away the excess with a towel and gave the stummel a wipe with mineral oil to inject some moisture into the tired briar. 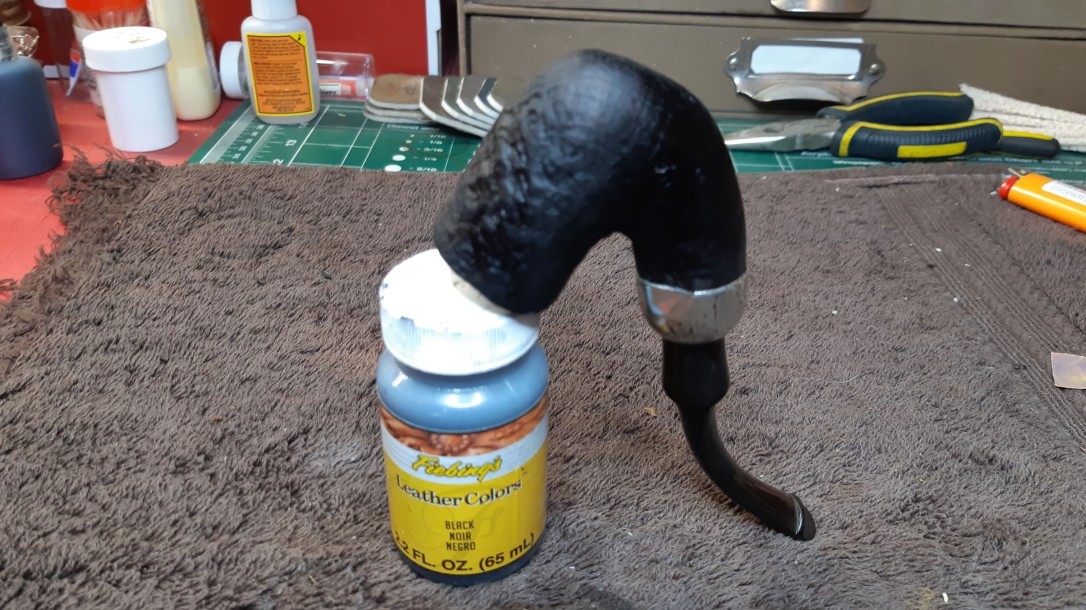 Now it was time to deal with the stem, which I pulled from the Oxyclean bath and scrubbed down with 0000 steel wool and Magic Eraser. A handful of pipe cleaners dipped in alcohol removed any tars lurking in the airway,.

I wet sanded the stem with 800 and 2000-grit sandpapers, which removed the majority of the tooth chatter and the remaining oxidation. Things were starting to look good, except for a few deeper dents right up close to the P-lip.

I dabbed a bit of black CA glue into the dents and let the glue cure before sanding the stem smooth. I finished off the work on this Peterson 309 by buffing the stem to a high lustre using both Red Tripoli and White Diamond compounds on the wheel, followed by several light coats of Carnauba wax for the entire pipe.

The finished pipe is hardly recognizable as the sad, worn briar I started with. The stem shines a deep black colour, reflecting nicely in the bright nickel shank cap. The briar is clean and fresh smelling, and though the stamps are nearly worn away, this old pipe looks every inch a Peterson again.

I have a half dozen or so Petes in my personal rotation, but none of them are System pipes. I think I’ll hold on to this 309 for a bit to see what all the fuss is about!

Thanks for following along on this estate pipe refurbishment. This one is a fine example of the difference a bit of TLC can make to what once was a cast-off pipe. I hope it encourages you to take a closer look the next time you come across a pile of old pipes at an antique fair or junk shop. 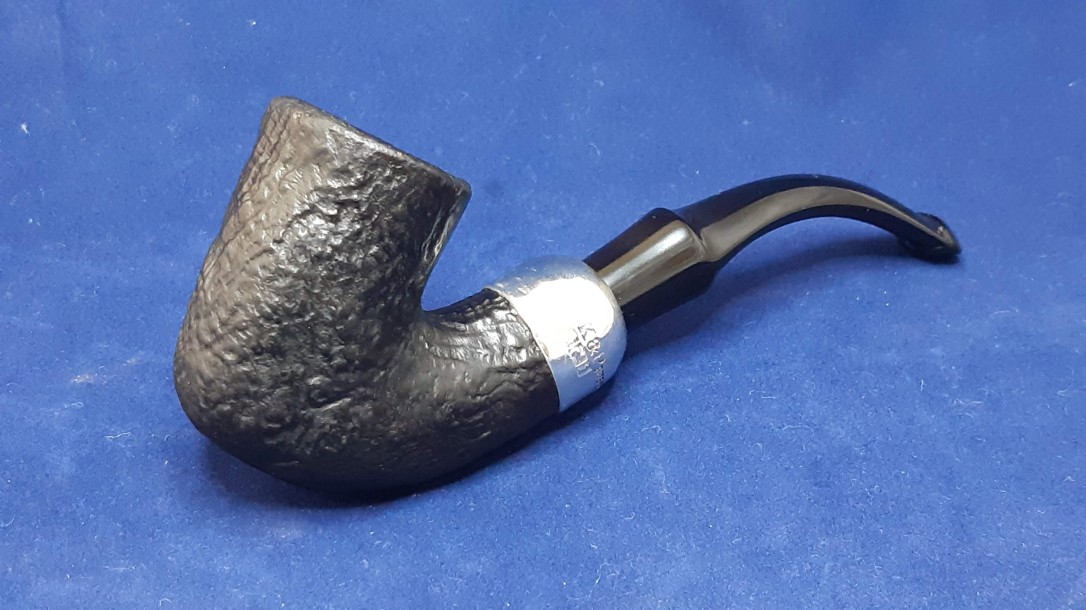 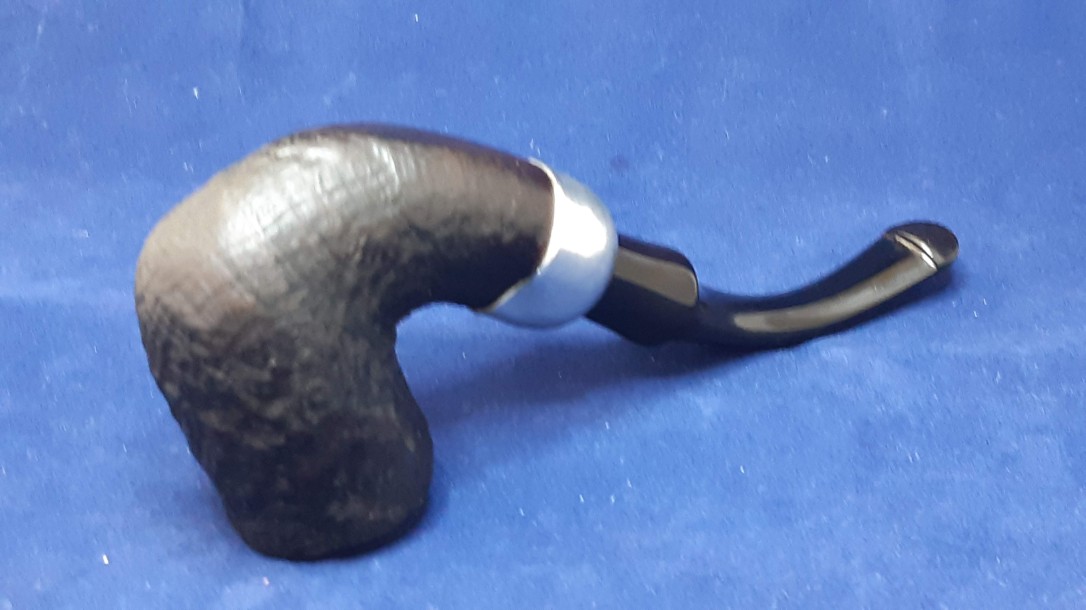 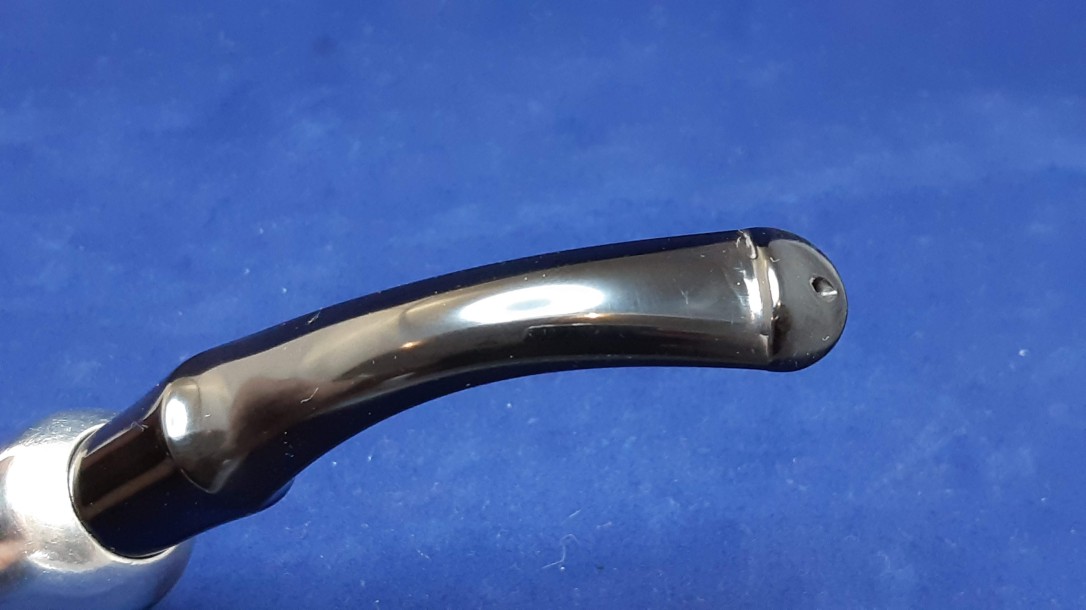 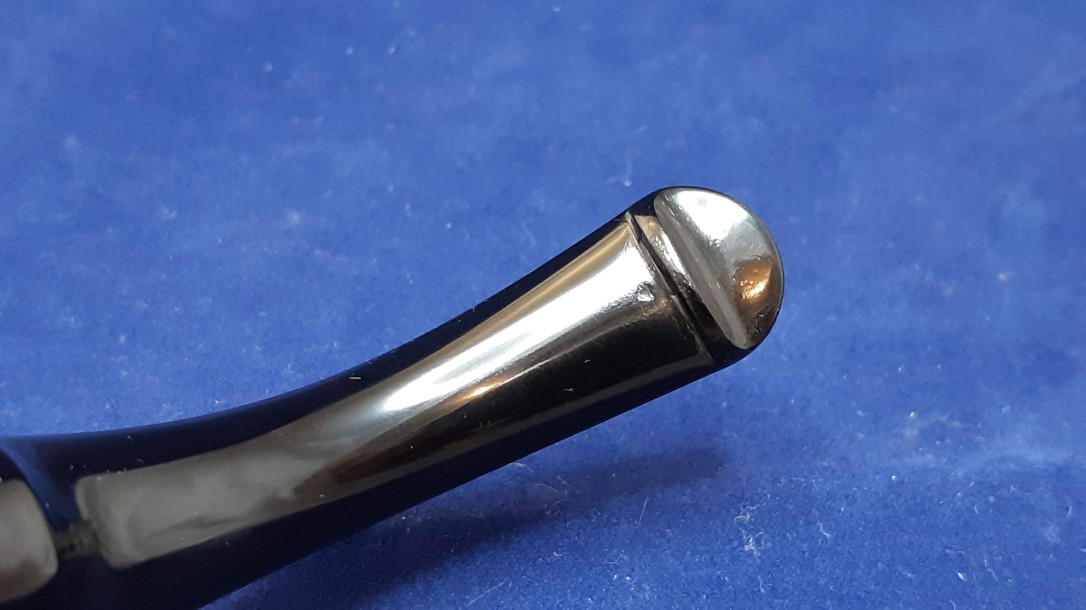 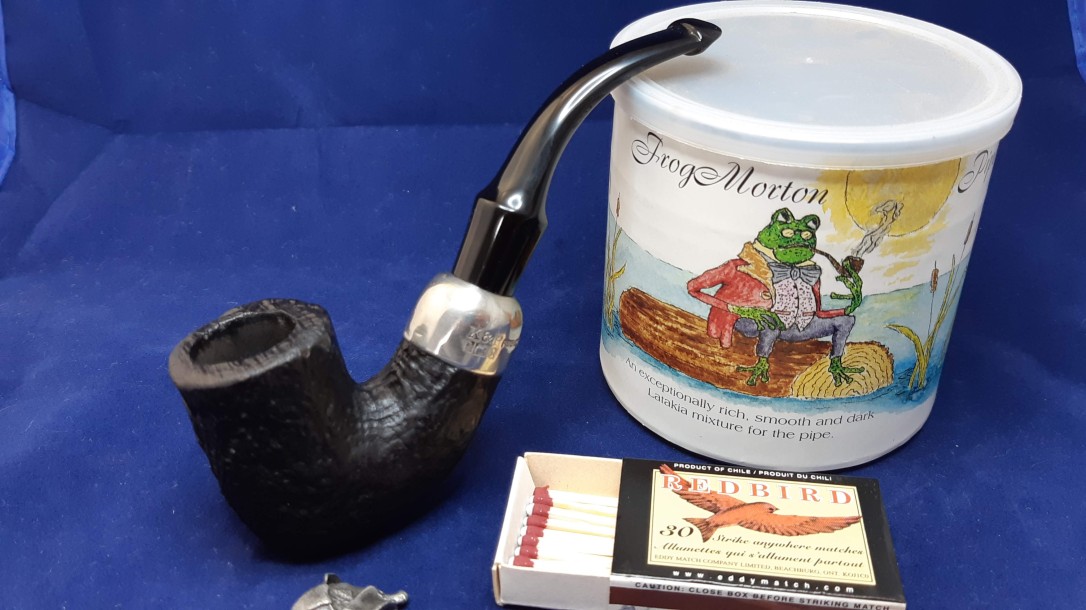 Post Script: I’ve smoked this pipe several times since finishing the restoration, and I have to say I’m impressed with the Peterson System. My experience with full-bent pipes up to this point has been one full of gurgles and unburnt tobacco at the bottom of the bowl. Not so with this Pete; I’ve enjoyed cool dry smokes right to the bottom of the chamber each time. This one will be staying with me for some time!