I’ve worked on several Everyman pipes over the last few years, and I’m always impressed with the build quality of these Comoy’s “seconds”. This shape 42 Bent Billiard is no exception.

The pipe had been quite gently used before it came to my worktable. The exterior of briar and stem were greasy and dirty, and a film of lava covered most of the rim. It was hard to tell how much cake was in the bowl as the chamber walls were lined with a fair bit of the last tobacco smoked.

The stem was in exceptional estate condition under the grime – very little oxidation, and almost no tooth marks at the bit. The top side was slightly rough, and the bottom side had just a hint of one shallow tooth dent. Compared to most of the stems I deal with, this one was nearly pristine. 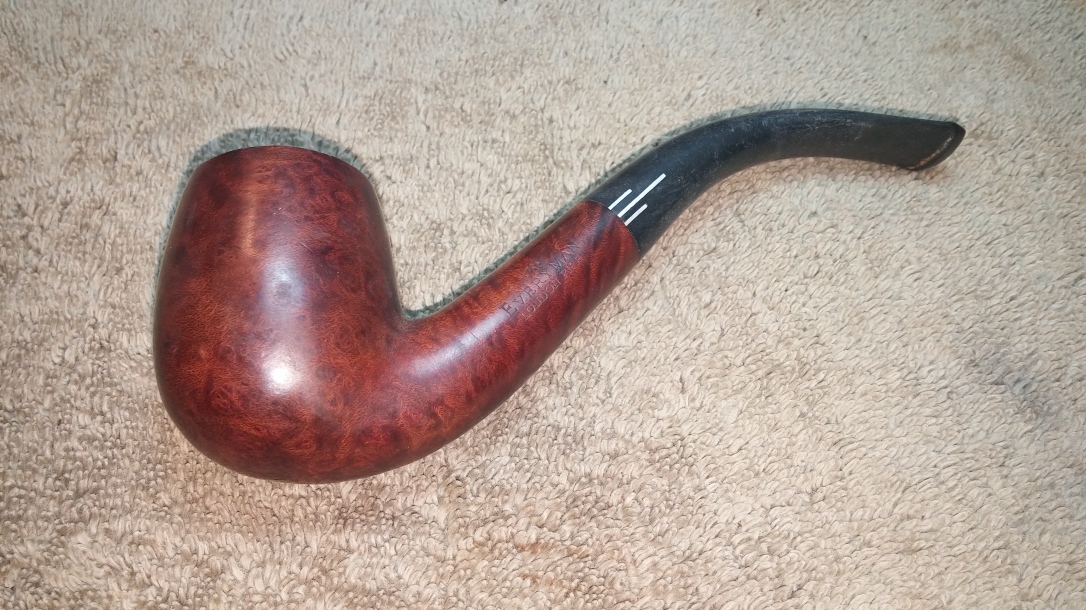 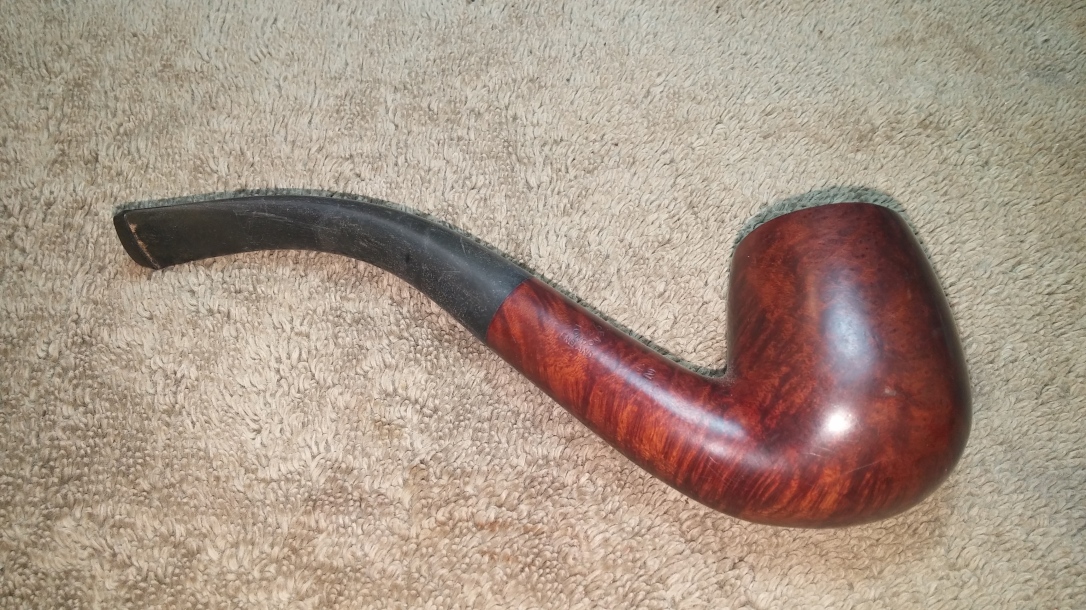 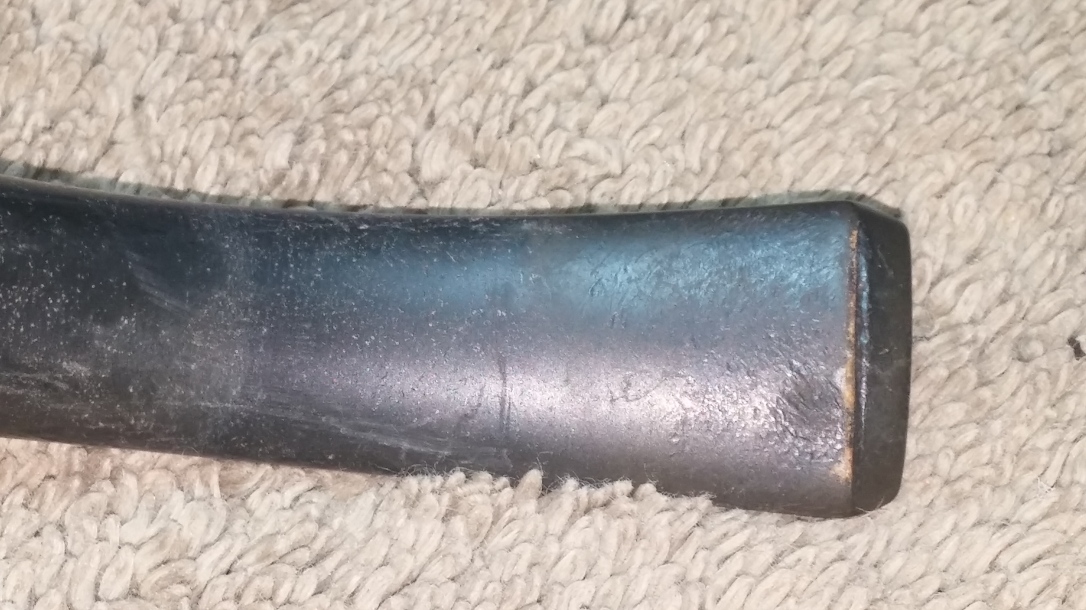 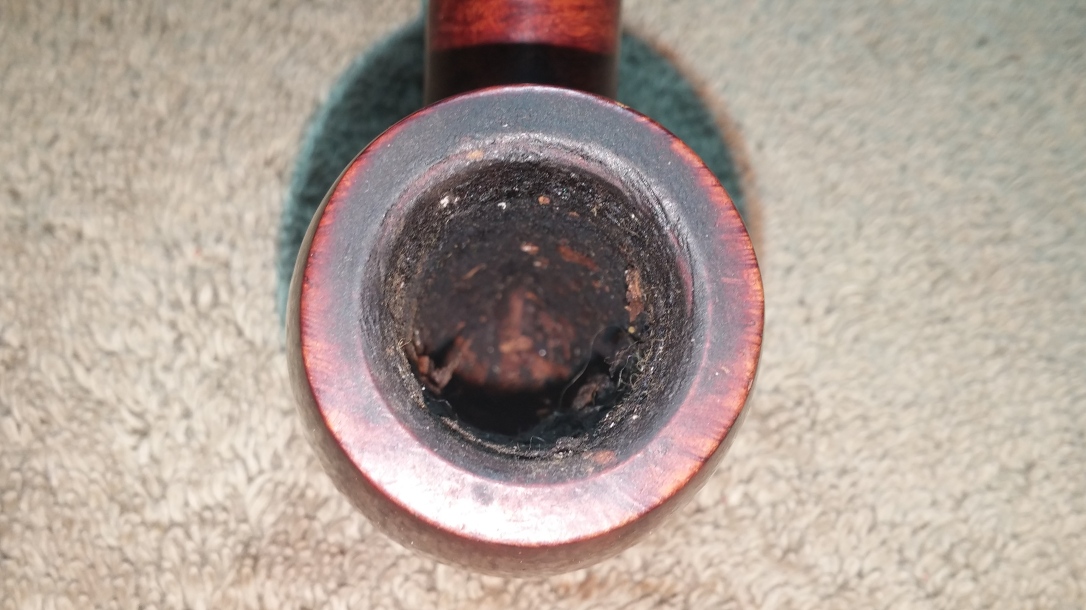 The superb condition extended to the stampings, which were crisp and clean. The left shank is stamped “The” over “Everyman” over “London Pipe”; the right flank carries a round “Made in London” over “England” COM stamp and the shape number, “42”. The stem is inlaid with the three-bar pattern Comoy’s used for the Everyman and several other lines.

This article on Pipedia.org dates the first use of the circular “Made in London” over “England” COM stamp to the early 1950’s. Apart from that, I have nothing to work with to date this pipe, though the use of a fill-free piece of briar for a seconds line would suggest to me that this Bent Billiard was produced closer to 1950 than 1980.

As usual, I began work on this cleanup by popping the stem into an Oxyclean bath. This works wonders on all sorts of grime and gunk as well as oxidation. A few hours later, I pulled the stem, scrubbed it clean with Magic Eraser and ran a few pipe cleaners through the airway to make sure it was clean on the inside as well as the outside. 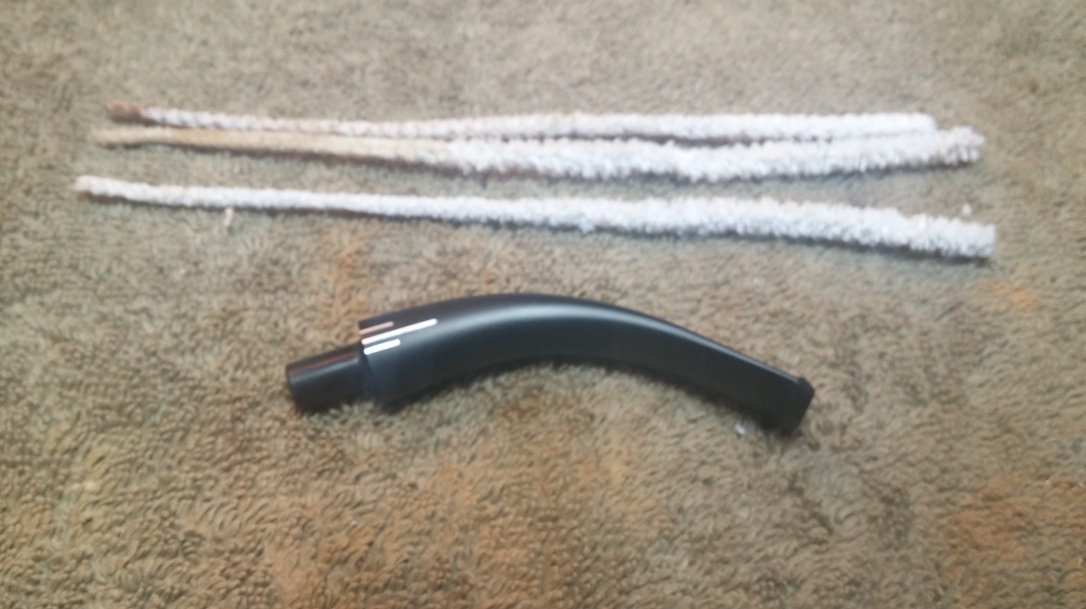 While the stem had been soaking, I had been working on the stummel. A wipe-down with alcohol and cotton pads lifted the worst of the grease, grime and dirt from the briar. Once cleaned, I wondered why this stummel was relegated to a seconds brand – there are no fills or flaws in the piece. The grain is mixed, with some attractive cross-grain and birdseye showing on shank, bowl and rim.

My Castleford reamer made short work of the cake and detritus in the tobacco chamber. The briar, not surprisingly, was in great shape underneath. A bit more work with the cotton pad removed most of the lava from the rim as well, leaving only a small patch of more stubborn carbon to scrape off later. In the second pic below you can see a bit of roughness around both inner and outer bowl rims. I’d tidy this up shortly. 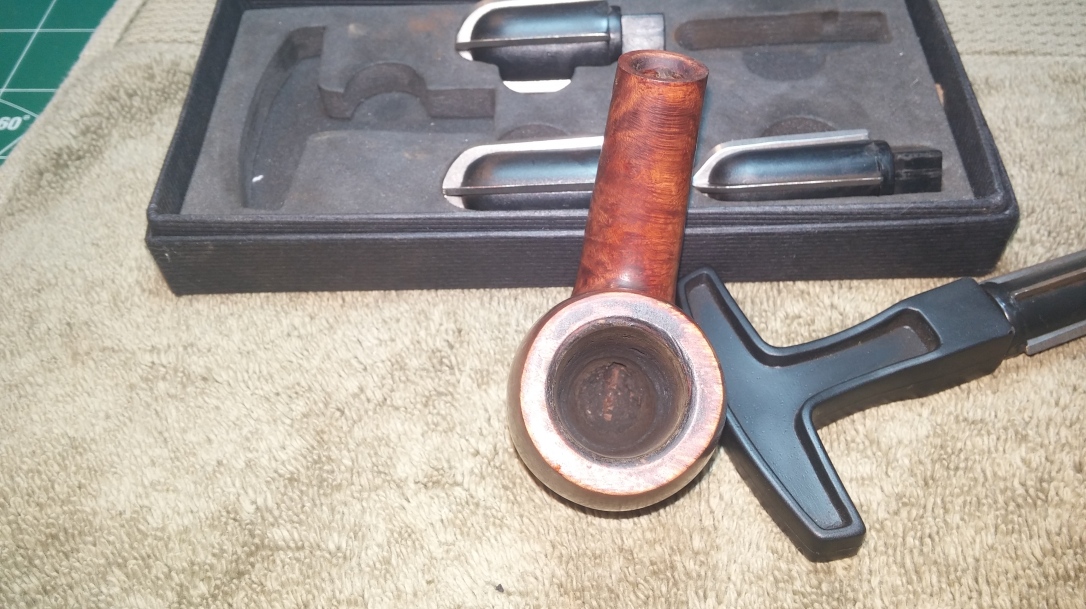 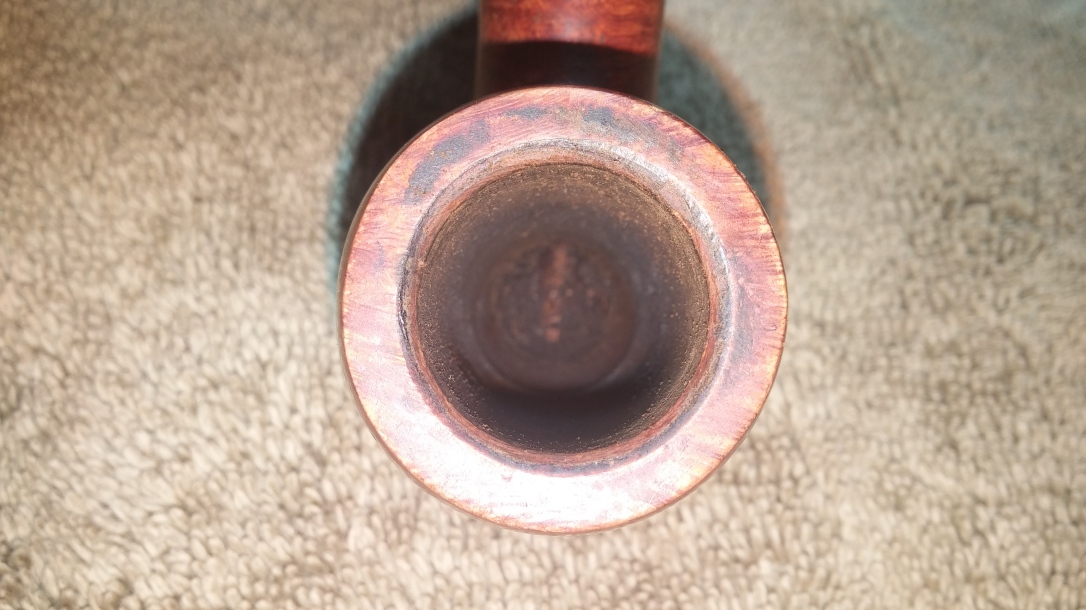 Continuing with the basic cleaning of the pipe, I found the stummel’s airway somewhat restricted. I used a drill bit, turned by hand, to auger out the passage. This pick shows the amount of stuff I cleared out. It’s mostly tiny bits of tobacco leaf that got sucked into the shank. 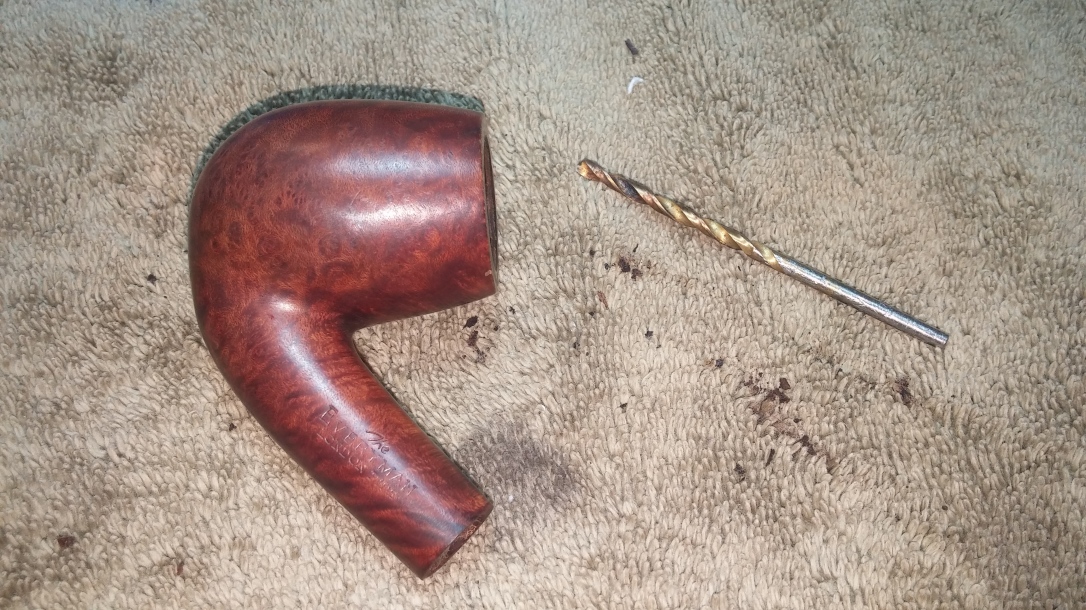 With the blockage out of the way, I could clean out the remaining tars from the airway with pipe cleaners, cotton swabs and more alcohol. I was a bit surprised by how dark the first few swabs and cleaners came out. I’m guessing our erstwhile piper was a fan of sticky, goopy aromatic tobaccos. These blends smell good, and (can) taste good, but they do leave a mess behind! 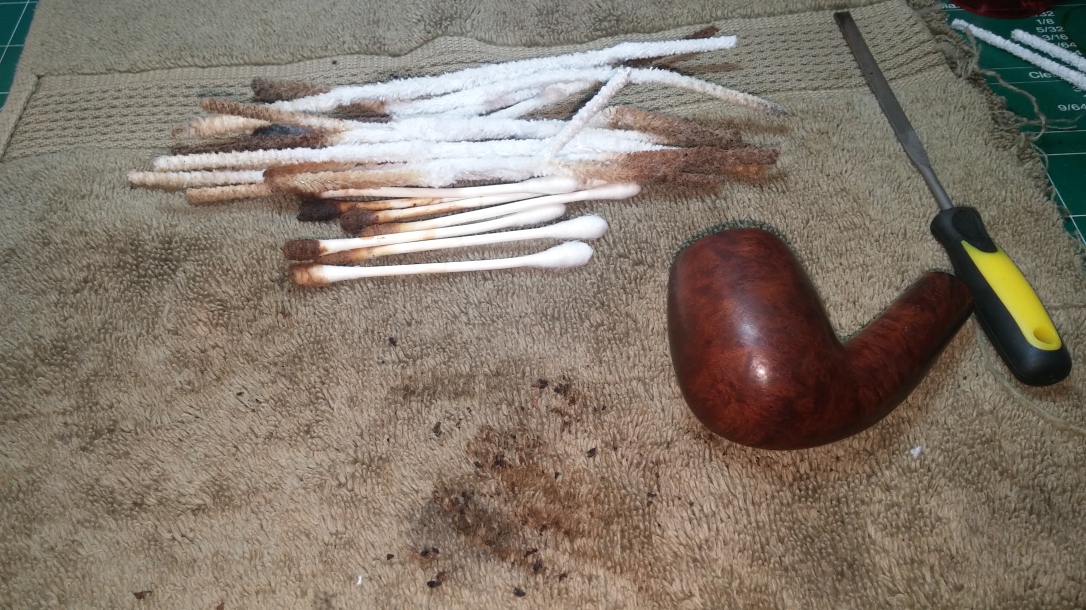 Now that everything was spic & span inside and out, I could work on tidying up the rim dents. I used 320-grit sandpaper to clean and smooth out the rim surface and sharpen up the inner rim bevel. I think it came out looking great, though there is one small spot of scorched briar on the bevel at the ten o’clock position. I decided to leave the mark there rather than sand it out and change the original dimensions of the pipe.

I touched up the stain on the rim with a combination of stain pens I keep on hand for just such occasions. The rest of the finish was in excellent condition, so it’s nice to be able to touch up an area without refinishing the whole stummel.

Moving back to the stem, I sanded out the light chatter and was left with a very small dent on the underside of the bit. A drop of clear CA glue filled the void, and after it cured I sanded the repair flat, working through several grades of both dry and wet sandpapers from 220 – 2000 grits to remove the sanding scratches and bring up the shine.

Reuniting stummel and stem, I took the pipe to the buffer where it was further polished with White Diamond compound followed by several coats of Carnauba wax to shine and protect the rejuvenated pipe.

Looking at the finished pipe, I again wonder why this piece of briar was deemed second grade, but then I remember that in the 1950’s and 1960’s, there was a better supply of quality briar than there is today, so maybe even a fill and flaw free piece could be sacrificed now and again.

I haven’t erased every sign of this pipe’s past life – there are still a few very small marks on the rim edge that show this Everyman has been around the block a few times – but if I look this good at 60 or 70 years of age, I’ll be (baffled but) ecstatic!

This Comoy’s The Everyman Bent Billiard is ready to find a new piper. If you’d like to add a classic English pipe shape to your rack, it’s available on the DadsPipes Store now.

Thanks for joining me for another estate pipe refurbishment. Until next time, Happy Piping! 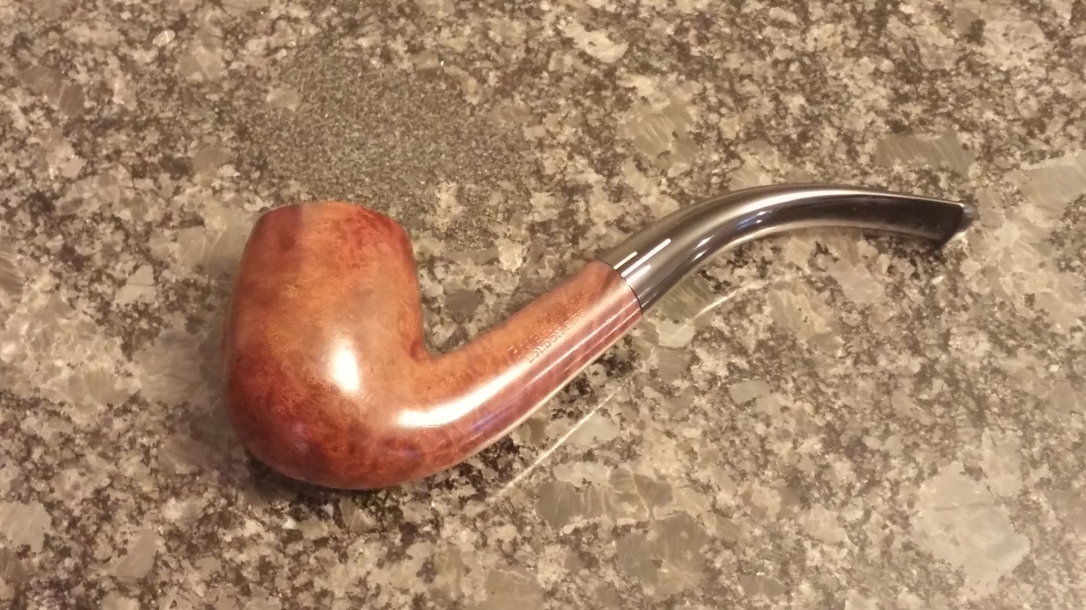 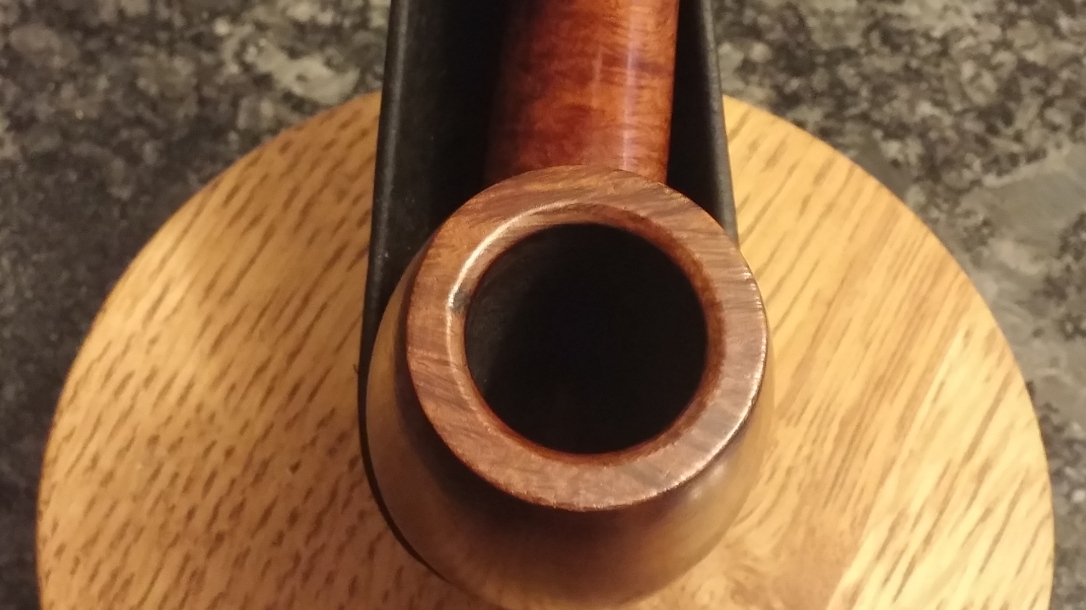 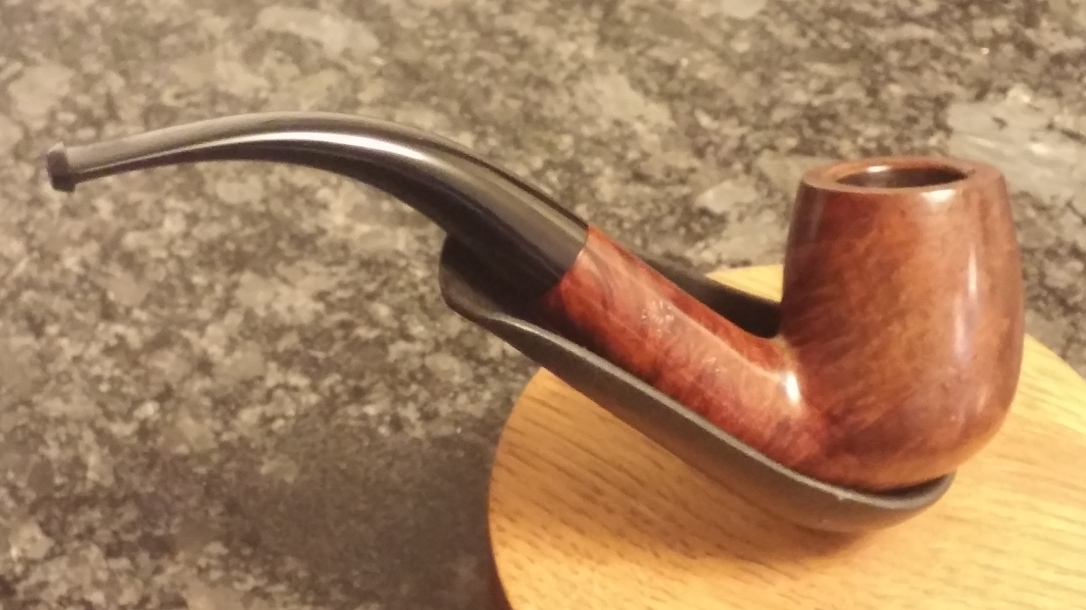