Sharp-eyed readers will have picked out this Gourd Calabash pipe in the picture of my recent estate lot purchase. Hollywood has ensured that the Calabash will be forever linked to the great fictional detective Sherlock Holmes, and indeed many Holmes fans buy a Calabash pipe just to display next to their Arthur Conan Doyle book collection.

The Gourd Calabash, sustained as it is by Sherlock fans around the world, is also sought after by pipe smokers because of its reputation for a cool, dry smoking experience. The large air space inside the gourd allows the smoke to cool on its journey from bowl to bit while simultaneously providing a space for moisture to condense out of the smoke stream.

This particular Calabash came to me gently used, with a few tooth marks in the stem. The bowl showed a bit of buildup and darkening at the rim of the tobacco chamber, and had a fair bit of cake lining the chamber walls. Cake buildup is good for briar but not so good for meerschaum. It would have to go, but overall I figured this would be an easy cleanup. 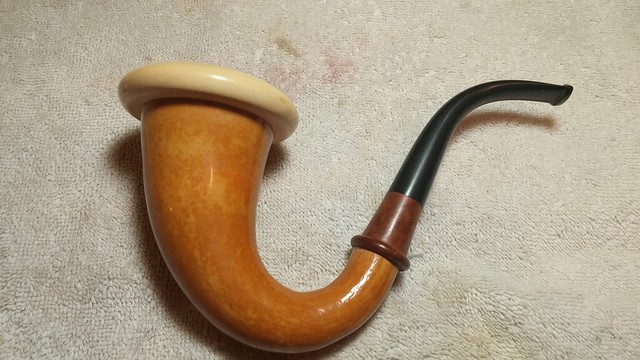 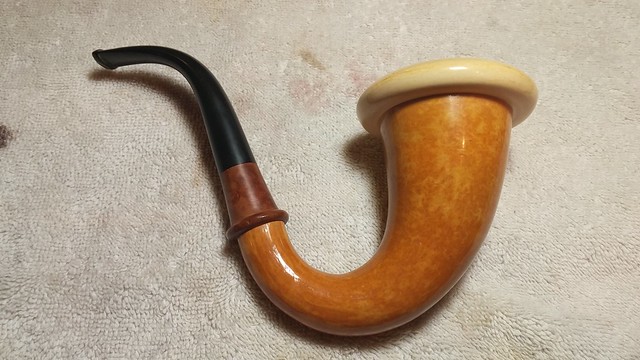 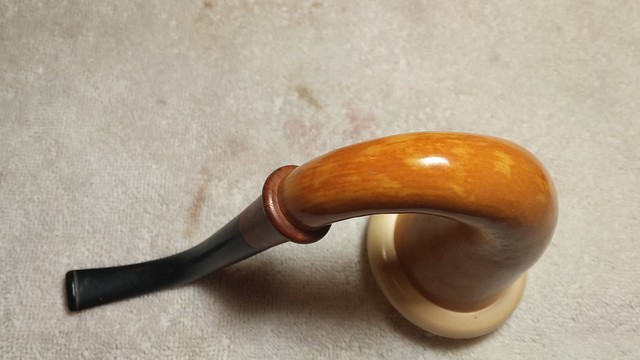 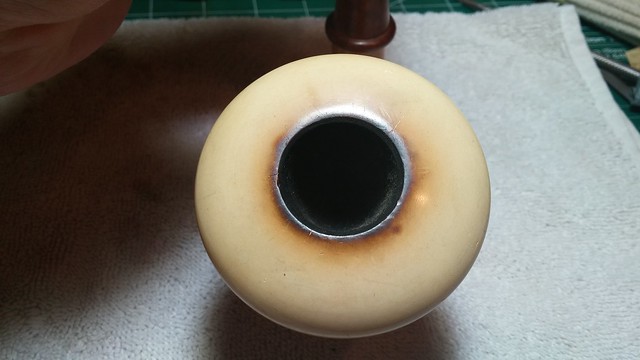 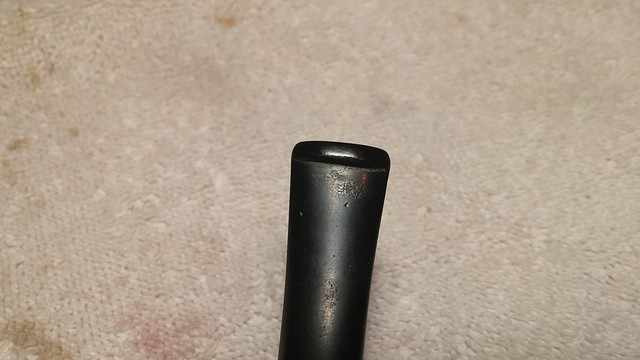 The pipe is unmarked except for a logo rather lightly stamped in the mahogany mortise. At first glance it appeared to be a Gothic-style capital “B” in a circle, but after a good look with a magnifier the logo proved to be composed of two letters joined together – “AB”. As it has many times before, the catalog of logos and markings at Pipephil.eu provided the information I needed to establish the pipe’s provenance.

The “AB” logo is that of Andreas Bauer, formed in Vienna, Austria in 1906 and called “the best of the best” of Austrian meerschaum pipemakers by Pipedia.org. In 1970 the Turkish government banned the export of raw meerschaum, and the trademark was bought by Otto and Kopp, German importers of meerschaum pipes made in Turkey by Konçak Meerschaum of Eskisehir, Turkey.

Here is a shot of the stamp next to a pic from Pipephil of the company logo.

As for dating the pipe, the estate collection roughly spans the late 1960’s through to the early 2000’s, so it’s just possible that this is an Austrian-made pipe; however, without a “Made in Austria” stamp, I think it’s safer to assume that this Andreas Bauer Calabash is of Turkish manufacture.

I started work on the pipe by cleaning the stem with pipe cleaners and isopropyl alcohol. It didn’t take much work to get the job done. 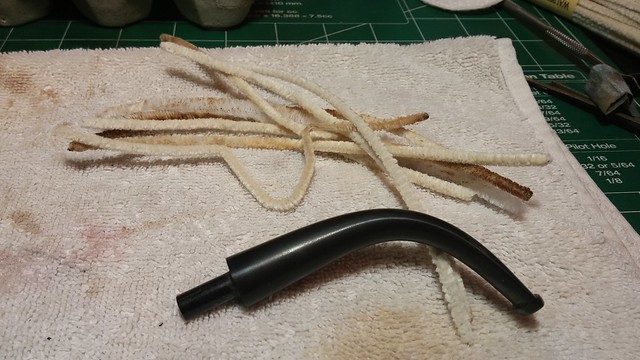 I followed up by giving the exterior of the stem a scrub with Meguiar’s Scratch-X plastic polish to remove oxidation and dirt from the surface. This left me with tooth chatter to deal with on the top and bottom sides of the bit. I pulled out my needle files and various grades of sandpaper and sanding sponges and worked on the stem until the tooth marks were gone. I also sharpened the edge of the button while I was at it. 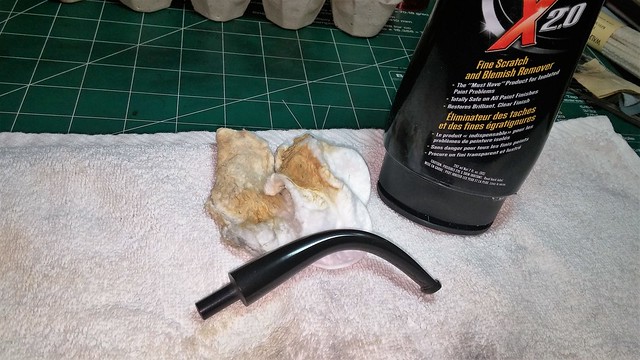 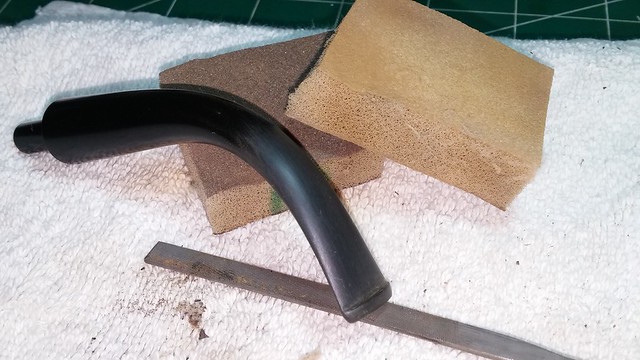 I finished the stem work with micromesh sanding pads. I used the full set of pads, working from 1500 through to 12000 grit. Each pad erased the marks left by the previous grit and left the stem smooth and shiny. 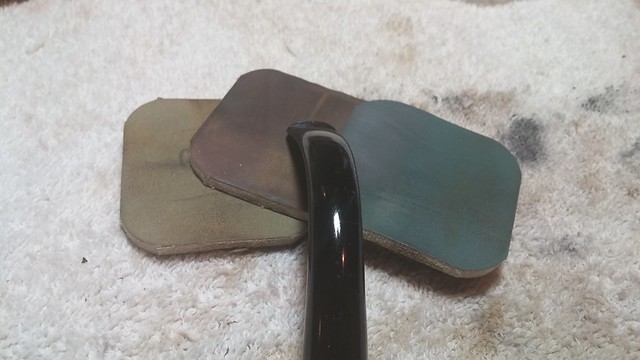 With the stem done, I moved on to the gourd. Cotton swabs dipped in alcohol removed the light buildup of tars in the mortise. 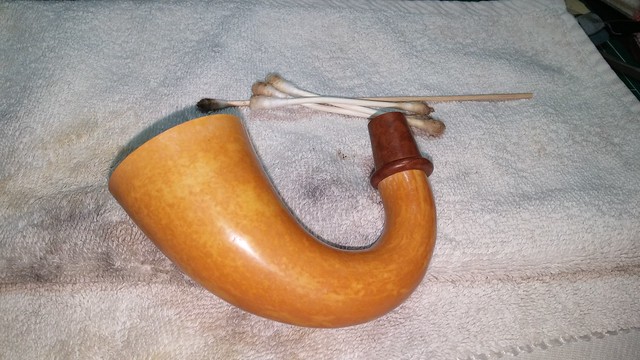 The interior of the gourd had some tar buildup as well. Rather than risk softening the gourd with alcohol, I worked on the buildup with a sharp knife and 220-grit sandpaper, first scraping the heavier areas with the knife and then sanding them smooth. The interior walls are still dark, stained by the smoke, but the debris is gone. 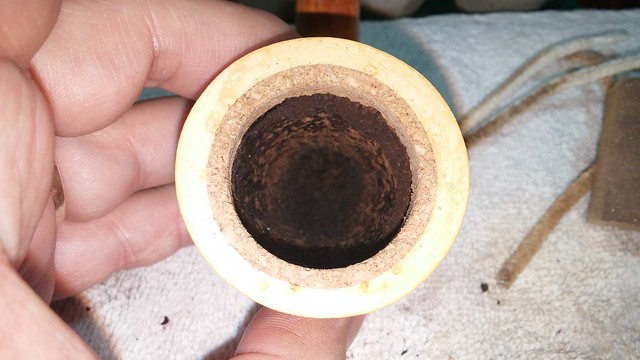 I finished up with the gourd by applying a light coat of petroleum jelly to the cork gasket which holds the meerschaum cap in place. This rehydrates the cork and extends its useful life. 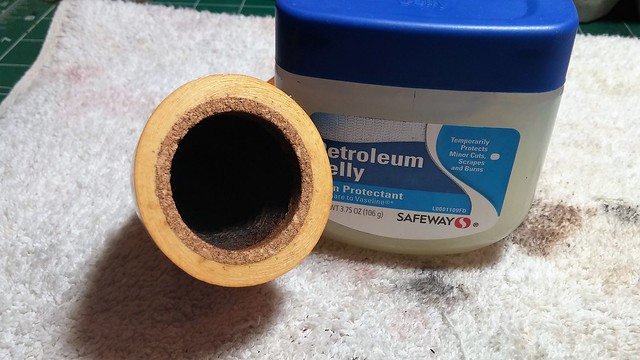 Then it was time to clean up the meerschaum cap. I used a pen knife to scrape most of the carbon cake from the chamber and followed up with a scrap of 220-grit sandpaper wrapped around my finger to smooth things out. The conical contours of the bowl are a little awkward to work on. I got the relatively straight area near the rim cleaned back to the meerschaum, but the bowl below that point remains an opaque brown. You can see the meer through the stain, so I’m satisfied that the cake is gone.

The exterior of the cap was first sanded lightly with 400-grit paper to remove the ring of built-up gunk from the inner rim. I followed up with a full course of micromesh pads, which removed the small handling scratches and gave the meer a great shine without removing the patina that had begun to develop. 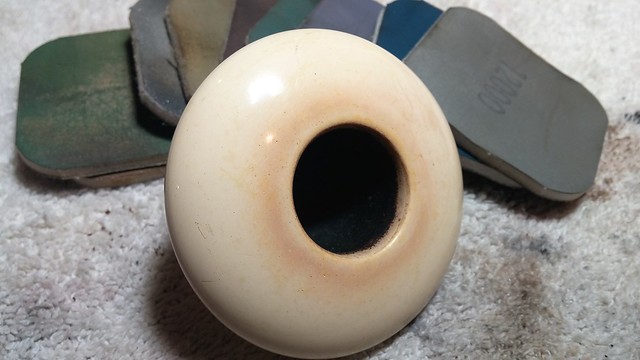 Then it was time to put it all back together. I gave the gourd and stem a light buffing with White Diamond compound and then a coat of Carnauba wax to preserve and protect the pipe. I finished off the restoration by pressing the meerschaum cap back into the top of the gourd.

This Bauer Calabash is now ready to go to a new home where it will be enjoyed for many years by a new piper. To my mind, this is the quintessential pipe companion for quiet evenings by the fire or with a good book – perhaps even a bit of Conan Doyle? If a genuine Gourd Calabash is on your bucket list, you’ll want to check this one out in the DadsPipes Store. 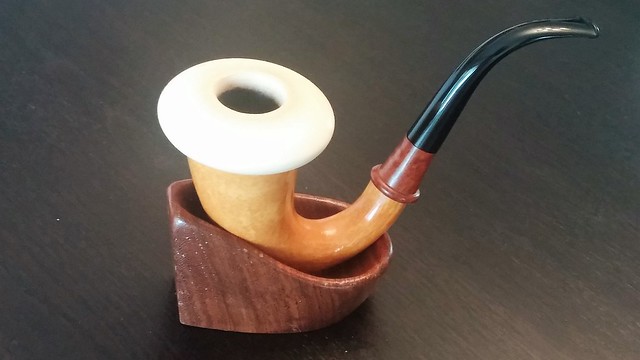 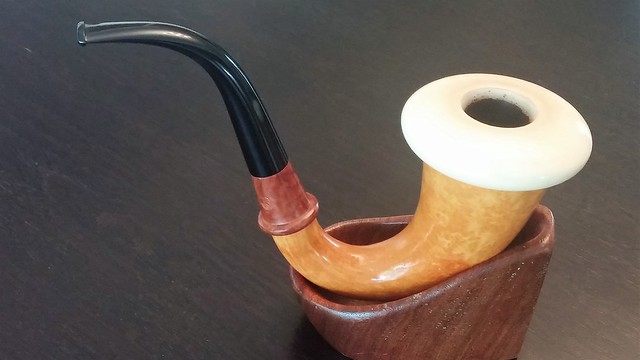 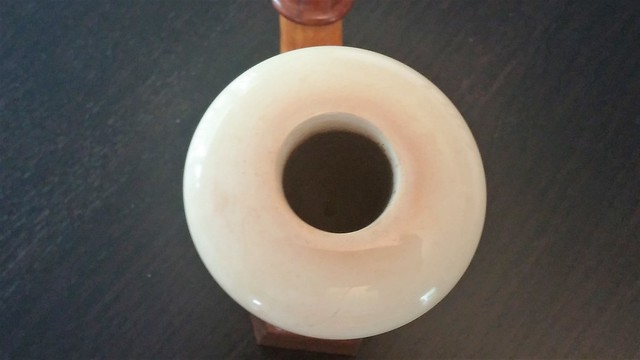 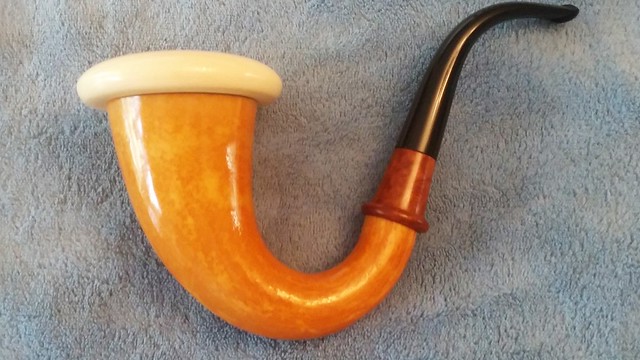 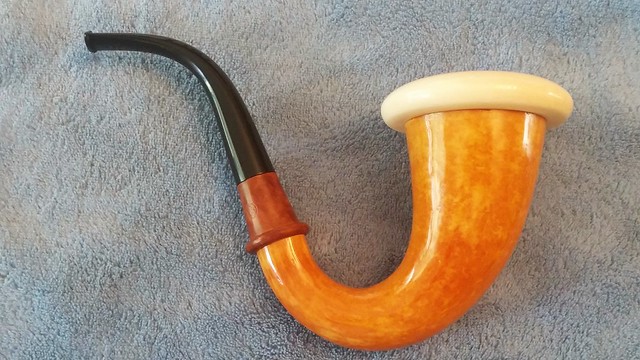 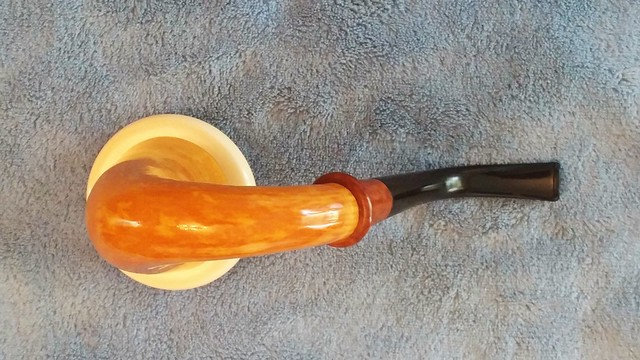 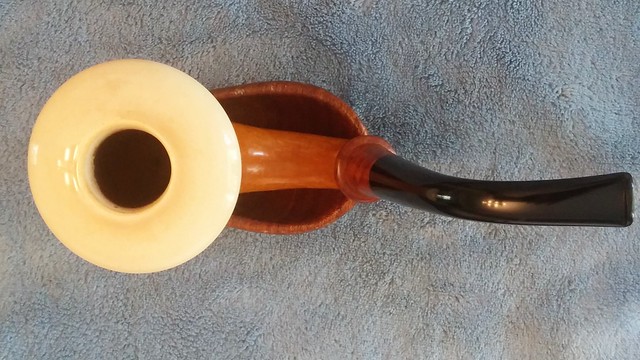 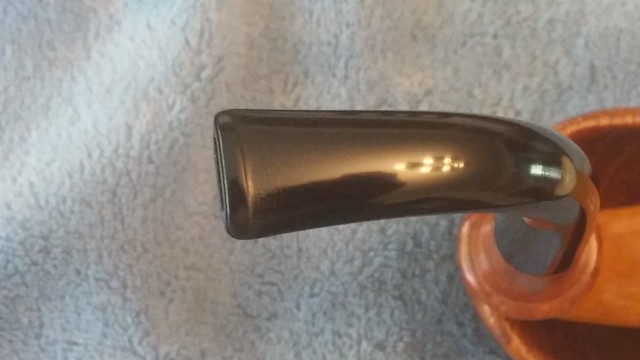