Here’s another two-for-one pipe refurbishment. I’ve been picking up estate pipes in ones and twos recently, and adding them to the refurb box as I go. When I realized I had two vintage Brigham Shape 29  (aka Author) pipes waiting for me, I decided to work on them together.

The first pipe is a 2-Dot pipe marked “229” then “Brigham” over “Made in Canada”. The lack of patent stamp places the production of this pipe in the 1956 – mid 1960’s period. It is fully rusticated except for the rim and two smooth egg-shaped lozenges, one on either side of the bowl. It arrived in good used condition, with only a light cake and a bit of rim tar. The stem, as expected, was fairly heavily oxidized, with tooth chatter and a few tooth dents I’d have to address.

The second pipe is a 3-Dot Author marked “329”, then “Brigham” over “Canada”. The words “Made In” were dropped from the COM stamp sometime around the late 1960s or early 1970’s, and the COM stamp was dropped altogether from Brigham pipes around 1980. The partial rustication and “shark tooth”  smooth areas on the stummel match those in the 1978 Brigham catalog posted here on Reborn Pipes, so I can say with some level of confidence that this Author was made somewhere between about 1976 and 1980. This pipe also arrived in pretty good nick, with light rim tars and some dents/scratches at the rear of the bowl likely caused by careless dottle-knocking. The stem was heavily oxidized but had minimal tooth chatter and only  a few tooth marks to contend with. 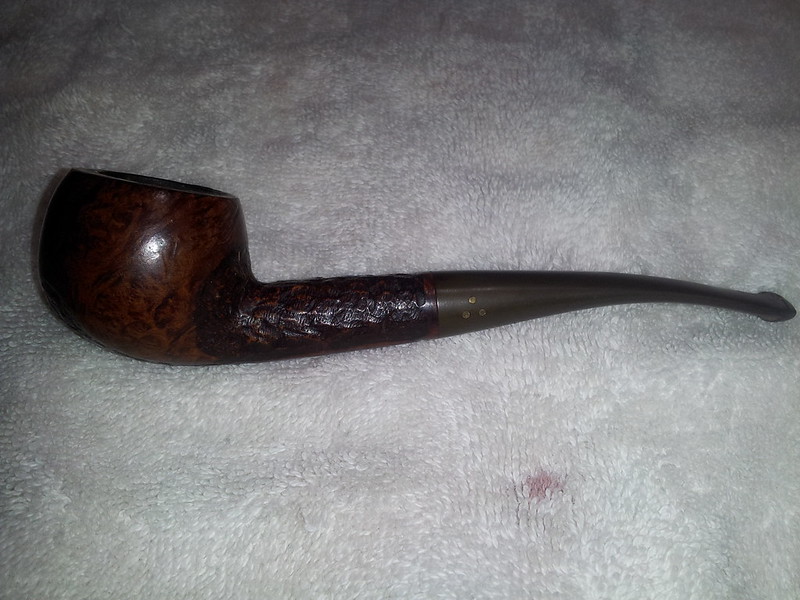 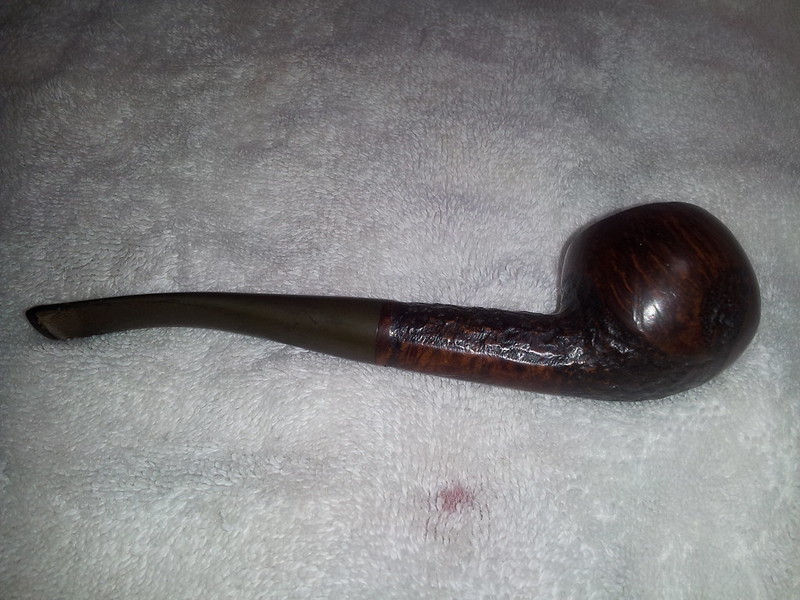 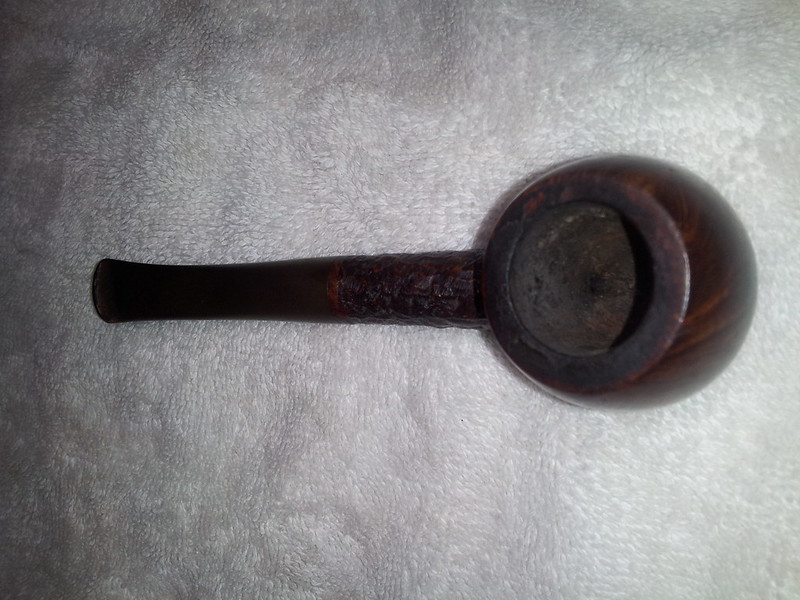 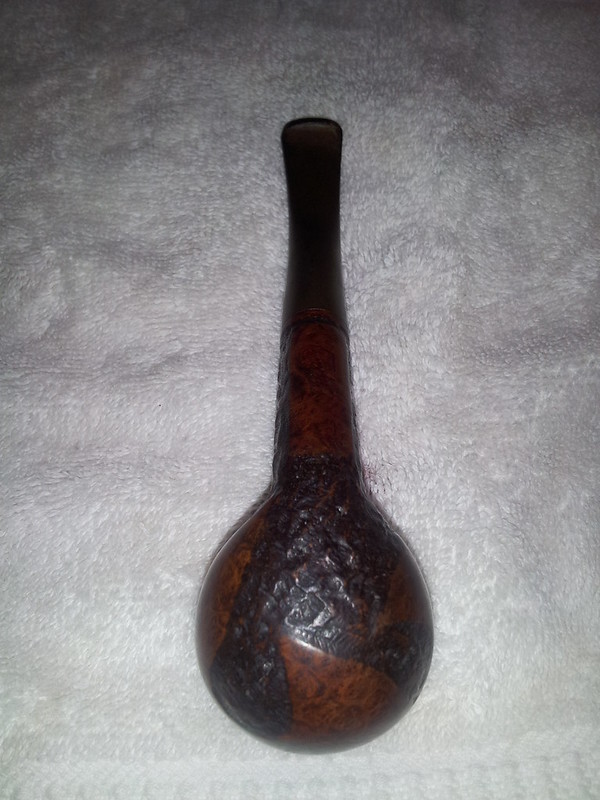 Both pipes were cleaned in the same manner, so pictures may show one or the other during the initial cleaning.  Bowls were reamed back to bare briar using my Castleford reamer, and then I removed the stems to inspect the aluminum tenon/filter holders. 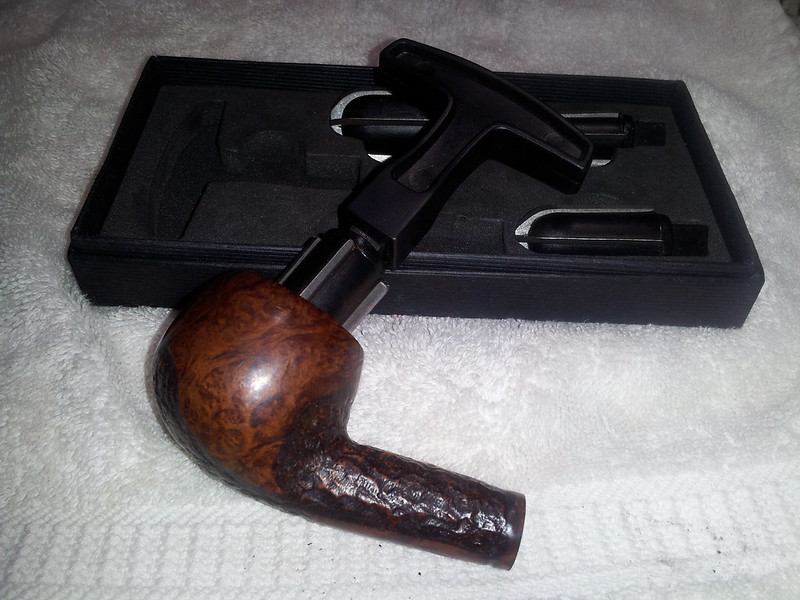 The 229 came apart easily, but the 329 had, it seems, been put away dirty. The stem was stuck in the shank by the built-up tars. The airway through the pipe was open enough to blow through, so I loosened the stem by putting a finger over the stem slot and pouring a small amount of isopropyl alcohol down the bowl. A few shakes was all it took to spread the alcohol through the stem and shank, and a few minutes later the tars had loosened enough for me to gently remove the stem.

I removed the old Brigham Rock maple filters from each pipe, and ran a first pipe cleaner through to make sure the airways were clear before using the alcohol retort. I sent several test tubes of isopropyl alcohol through each pipe to scour out the tars and bits of debris. I followed the retort with a few pipe cleaners to make sure the airways were as clean and fresh as possible. I’m finding that using the retort really cuts down on the number of pipe cleaners needed to get the airway clean. You’ve got to be careful with it (boiling alcohol has inherent dangers), but it sure speeds things up. 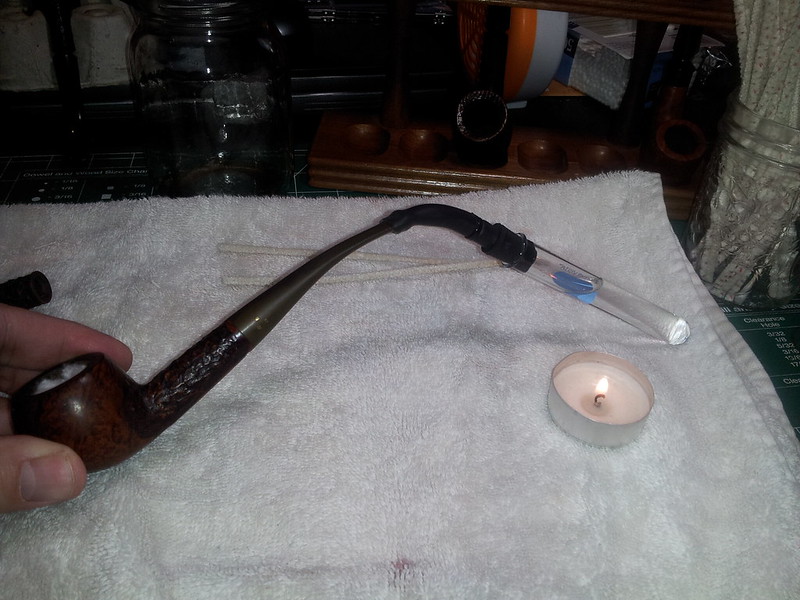 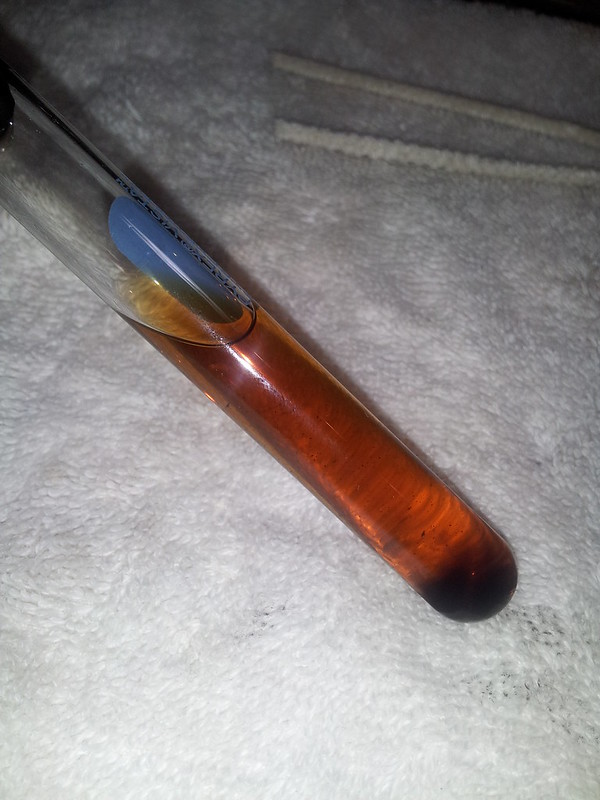 Next was a scrub with Murphy’s Oil Soap and an old toothbrush to remove any remaining waxes and to scrub the dirt out of the rustication. I used a worn bit of 1000-grit wet sandpaper to gently scrub away the rim tars on both pipes. then took these pics. Hey – the camera-shy 229 has reappeared! 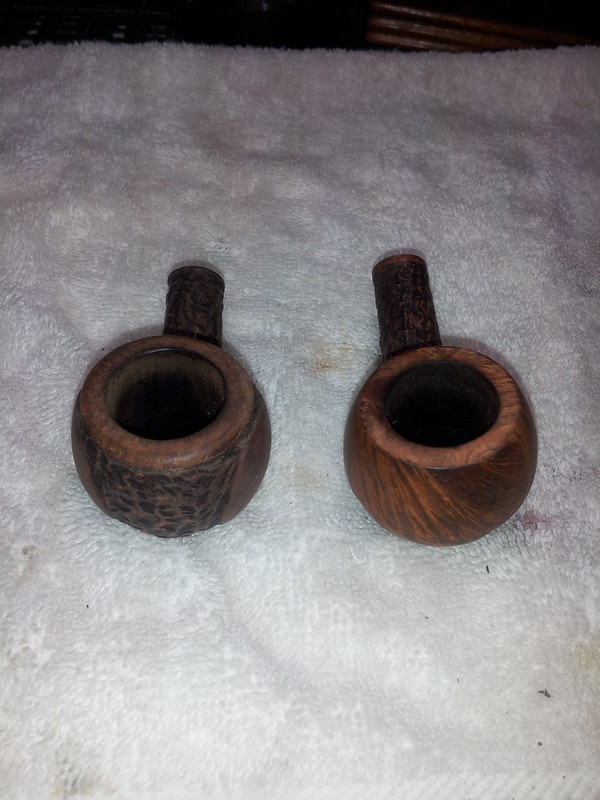 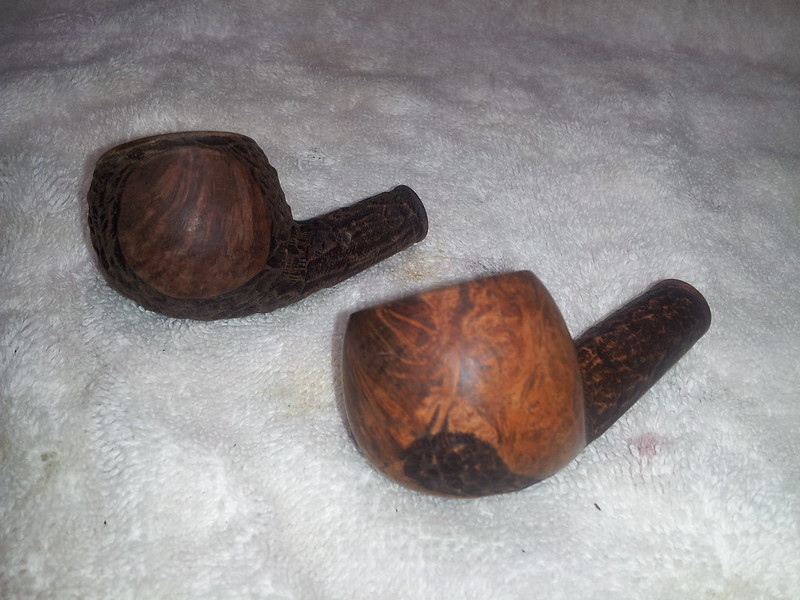 The stems would need a good long soak in Oxyclean and warm water to raise the greenish-brown oxidation from the Vulcanite stems. I mixed a full scoop of OxyClean powder with about one and a half cups of warm water and left the stems to soak overnight. I’m always amazed and a little grossed out at the speed with which the gunk starts coming off the stems in an Oxyclean soak. These two had been in the tub for about 30 seconds when I snapped the pic. 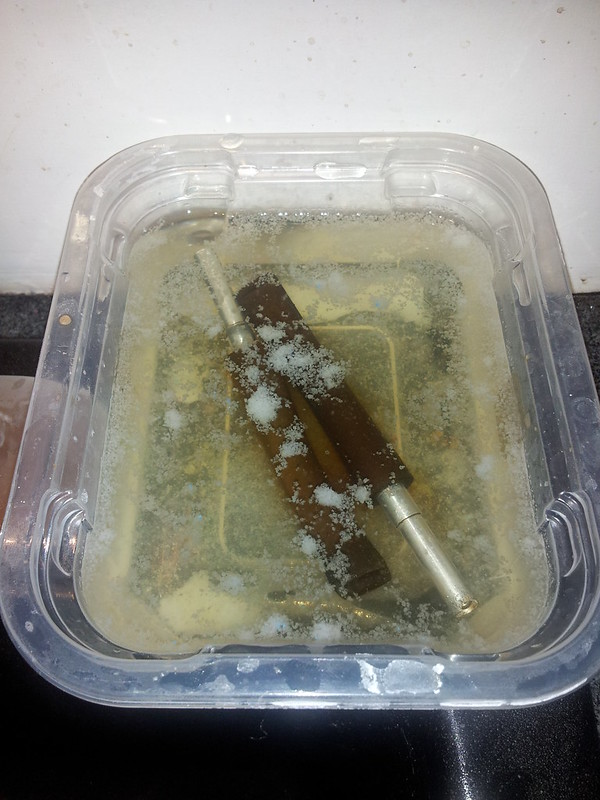 The stummel of the 229 was essentially ready to go at this point, but the 329 had dents and dings I wanted to address. 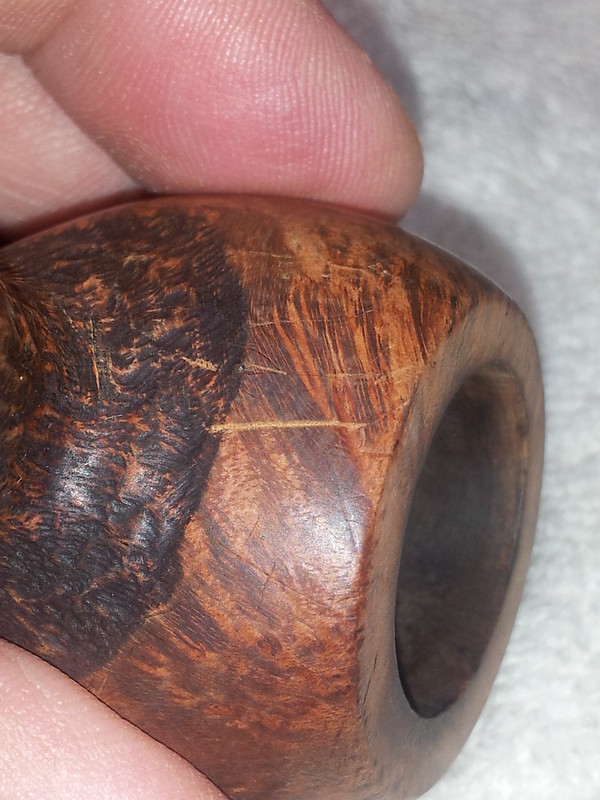 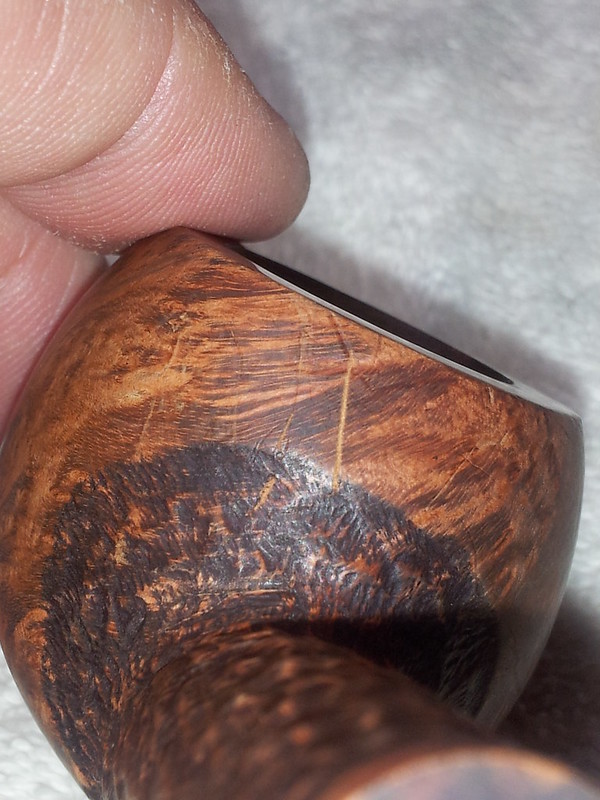 I used a household iron and a wet cloth to steam out the majority of the dents, and a 220 through 1000 grit sandpapers to smooth out the scratches on the bowl. I also topped the bowl gently to square it off and even out the appearance. The rim was slightly uneven, perhaps from a previous topping, and it gave the appearance of a thin chamber wall on the front right of the bowl. My light topping corrected this and sorted out the out-of-round look. 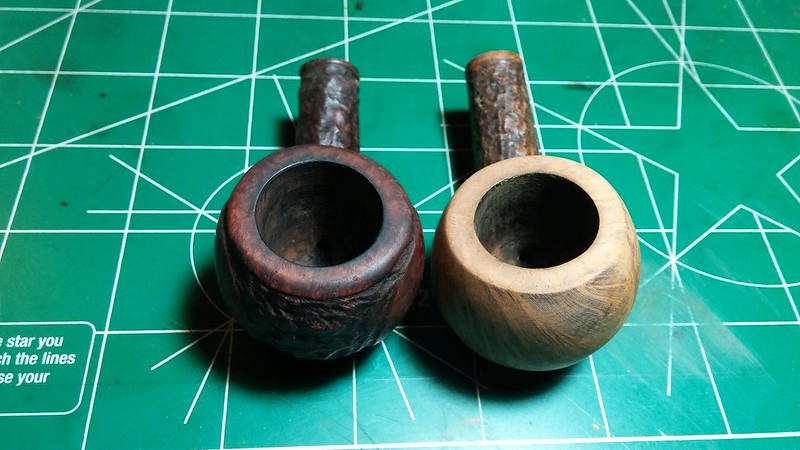 I restained the bowl of the 329 with a contrast finish using Fiebing’s Saddle Tan and Dark Brown leather dyes – a dark coat first to highlight the grain, followed by the lighter colour to match the factory finish. 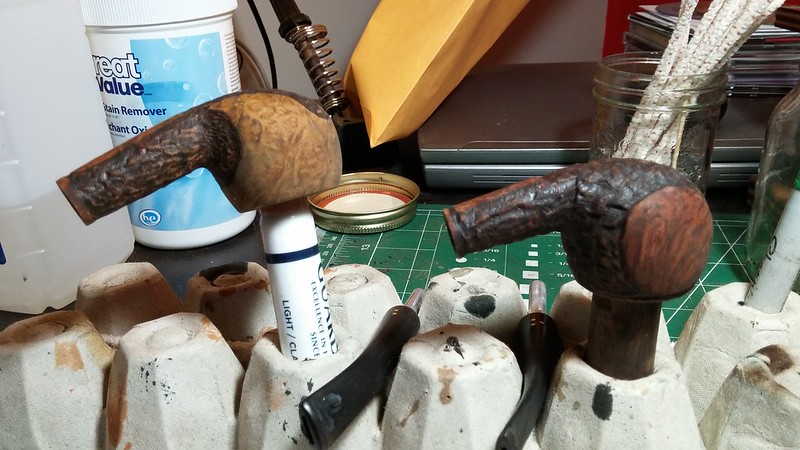 With both bowls ready for buffing, I set them aside to work on the stems. I flamed the deeper tooth dents and managed to raise them a bit. The remaining marks were filled using CA glue and powdered charcoal. When the CA had cured, the fills were sanded smooth with 220-grit sandpaper and medium and fine sanding sponges, and the button edge was sharpened with a needle file. I finished up the stem work with a full course of Micromesh sanding pads from 1500-12000 grit. I applied a drop of mineral oil to the stems after each set of three pads. 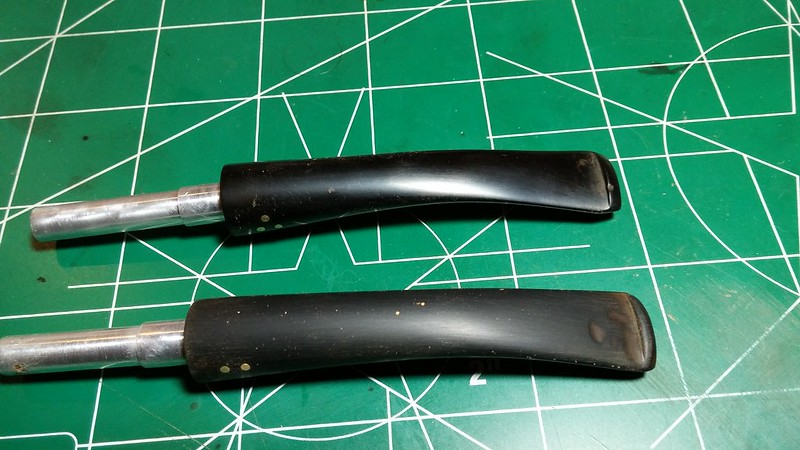 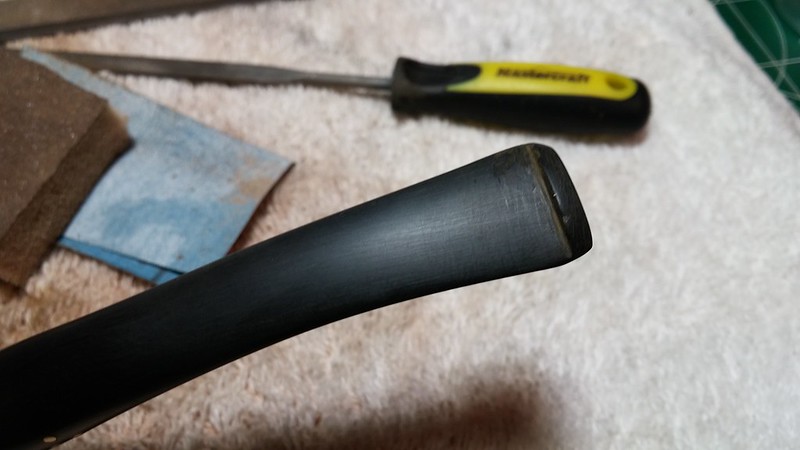 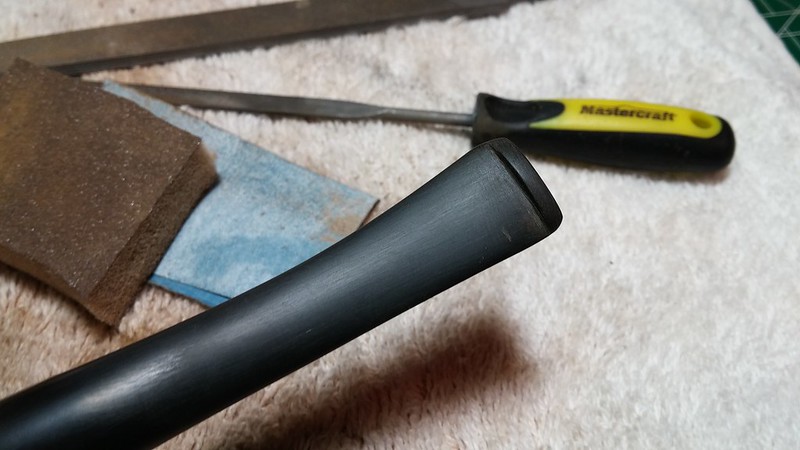 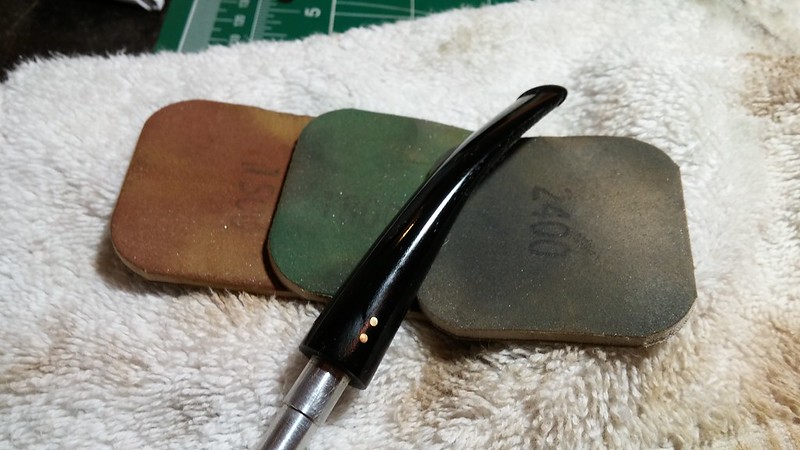 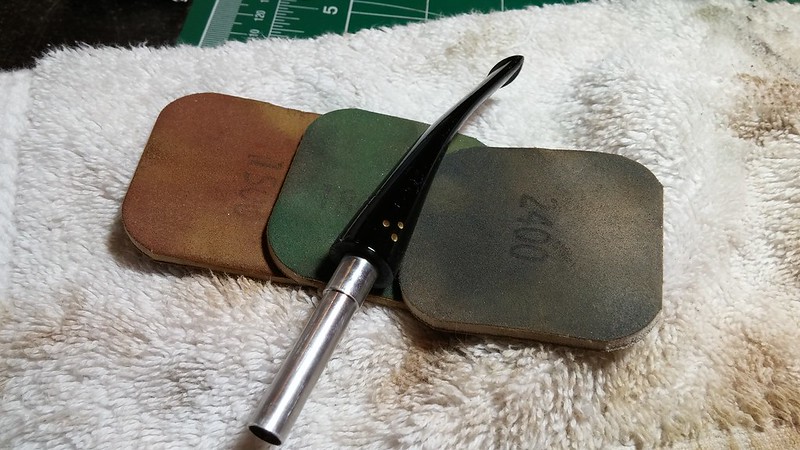 Then it was time to buff. I gave each pipe a run of White Diamond compound on the wheel, followed by several coats of Carnauba wax. These Authors are ready for another lifetime of service.

Here are the finished pipes. Thanks for looking and until next time, Happy Piping! 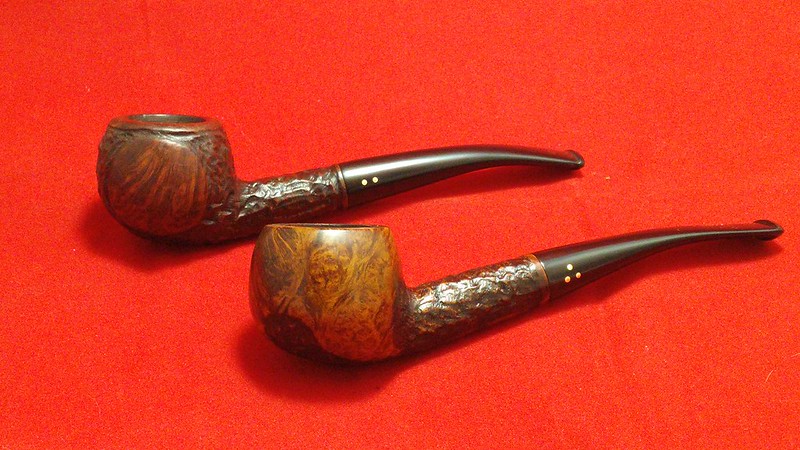 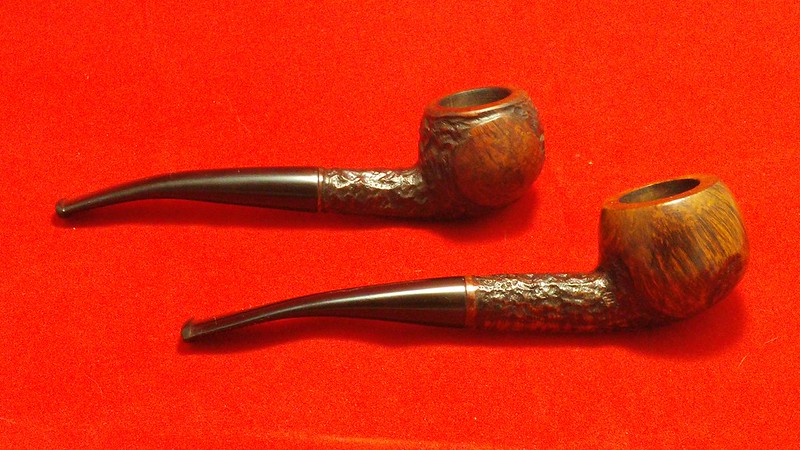 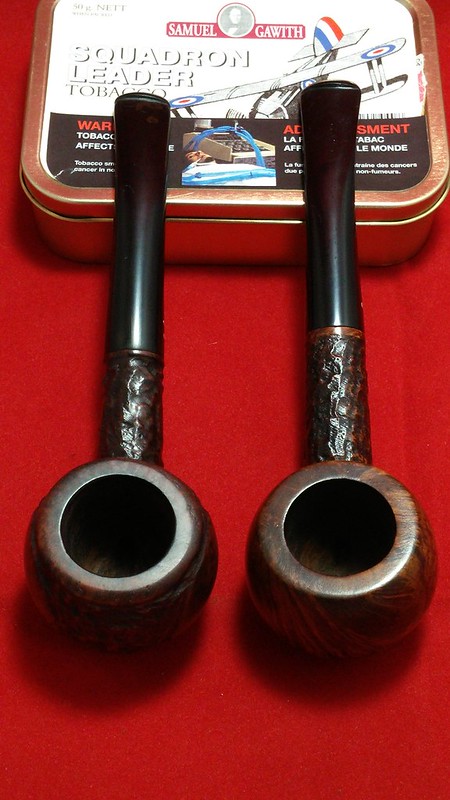 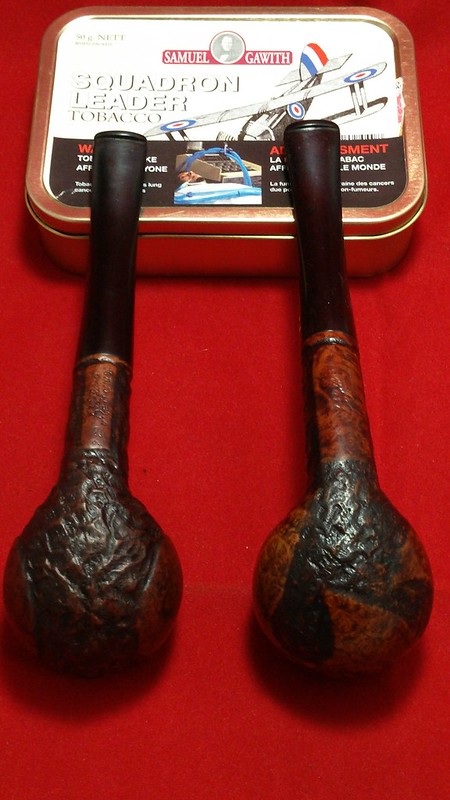 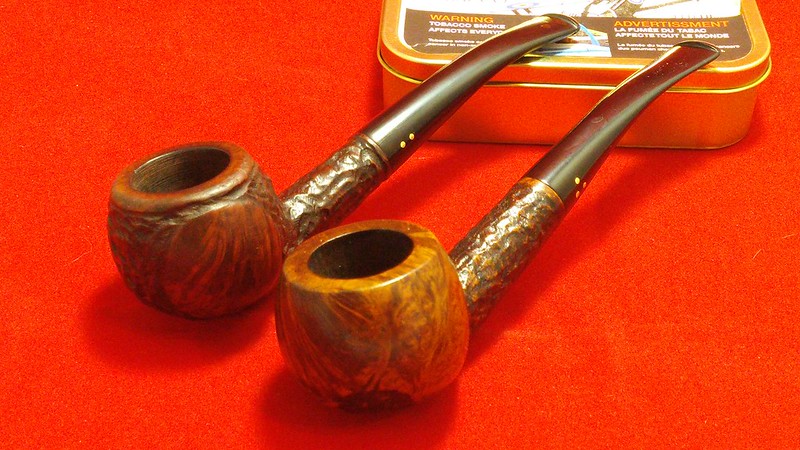 3 thoughts on “Author, Author! Cleaning up a Pair of Brigham Shape 29 Pipes”