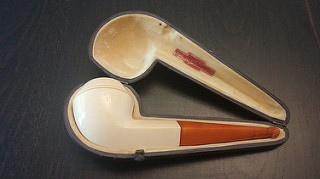 Finding an interesting old pipe is always a thrill for me, but finding a well-made vintage pipe that has survived in as-new, unsmoked condition is a real treat.

This Delacour meerschaum and amber bulldog was part of the estate collection I acquired recently. There were a few other meers in the box, which I hope to be able to share with you soon, but I wanted to showcase the minty freshness of this vintage piece first.

First a bit of history (of which I could find very little). Alix Delacour started the pipe company in 1892 in St Claude, France and by all accounts got off to a good start with factory expansions from 1893 – 1909. Sometime in the early 1900’s the company also branched out across the Channel, where Alix and brother Joseph operated as Delacour Brothers Ltd. The good times ended for the firm in the late 1950s, and the factory closed in 1960.

Judging by the amber stem’s orifice style opening and bone tenon, my best guess is that this particular pipe dates from the 1920s or early 1930s, though it could arguably have been made any time up to the late 50’s. The pipe is in excellent vintage condition, with only some very slight marring of the back edge of the button. The pipe itself is unmarked except for a handwritten “7” on the inside of the bowl – perhaps a seller’s inventory number?

The pipe fits perfectly in its leather case, inside of which is a label which reads “Real Delacour Meerschaum”. On the exterior, the leather is marked “Genuine Meerschaum” and “Real Amber” on the edge near the catch. The case itself is in the same great shape as the pipe, with only minimal handling marks. 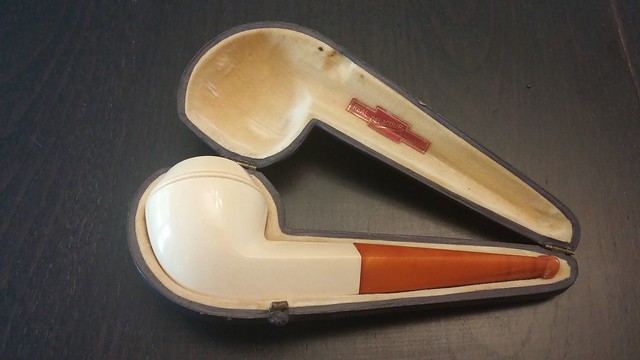 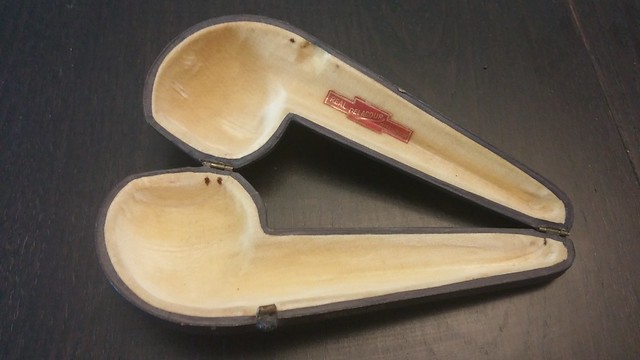 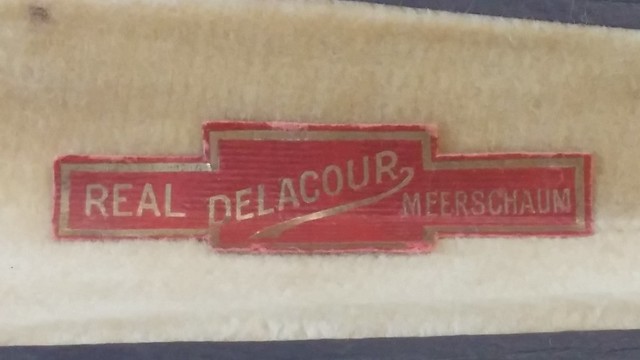 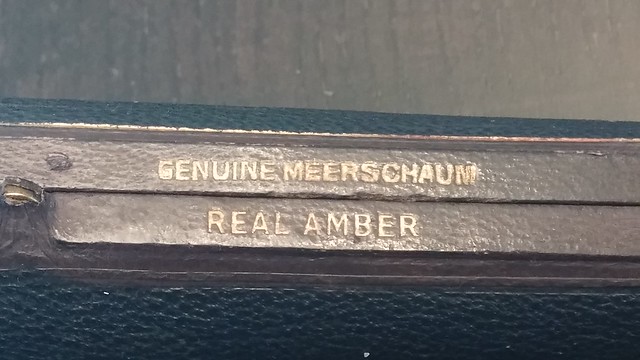 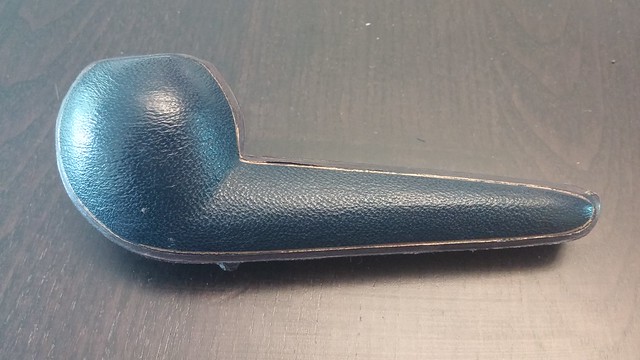 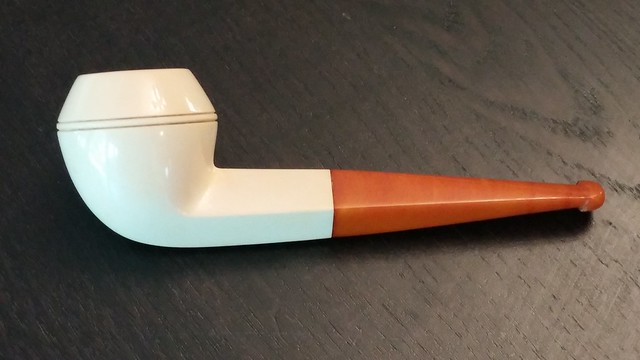 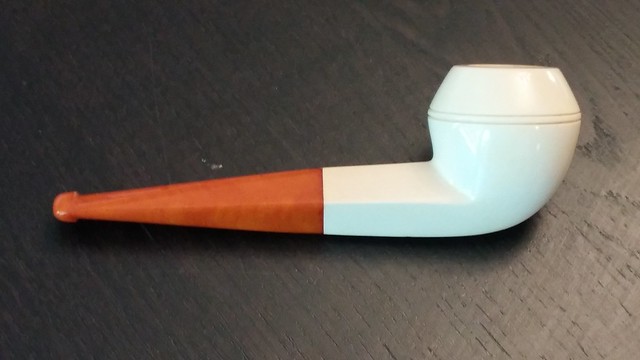 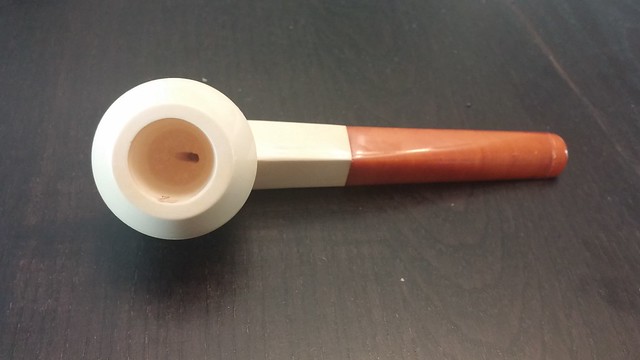 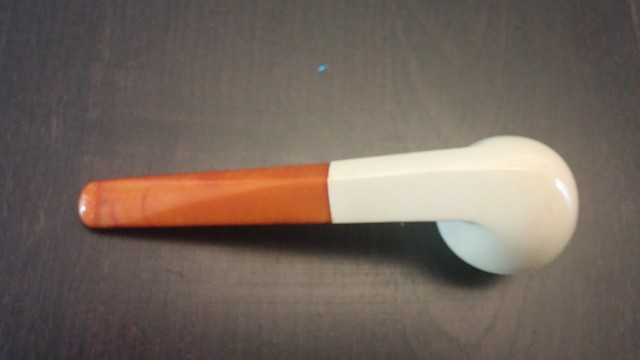 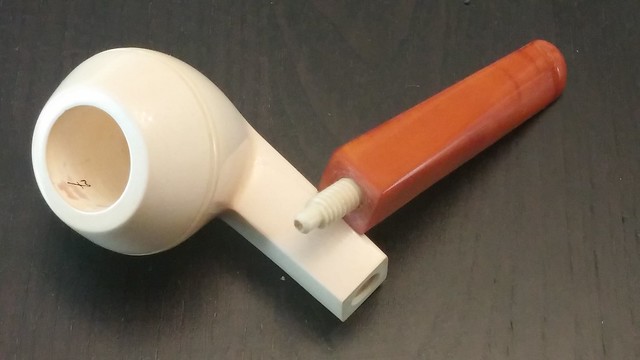 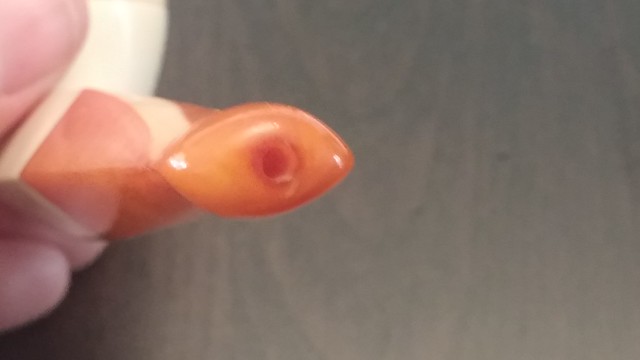 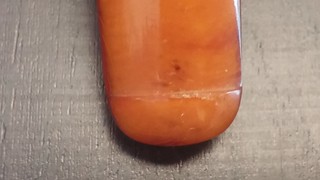 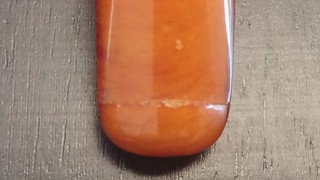 This Delacour pipe is almost as fresh as the day it left the factory. It would make an excellent start or addition to any collection. It is available now on the DadsPipes Store.